At the RSC's Voice of the future event in March, Lord Drayson reassures young scientists and engineers that the UK is the place to be 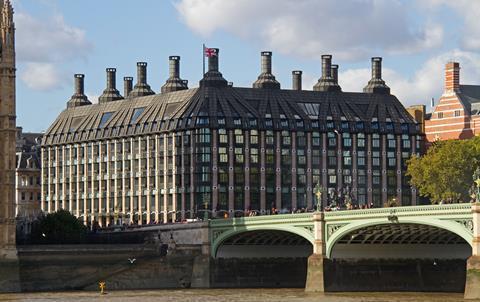 Voice of the Future was held at Portcullis House, Westminster

In March at a forum organised by the Royal Society of Chemistry (RSC), Lord Paul Drayson, minister of state for science and innovation, told 200 young scientists and engineers, including some 80 school students, that despite the economic downturn the Government remains committed to maintaining investment in the UK's science and engineering base.

Speaking at the Voice of the future meeting held in Westminster's Portcullis House, Drayson emphasised that there has never been a better time to be a scientist or engineer with 2.9 million jobs to be created in science, engineering and technology in the UK by 2017. In response to concerns over job security and career development for young researchers, Drayson said that the Government was looking at the issue of the short-term nature of contracts for postdocs.

Intended to build and maintain a constructive dialogue between Parliament and the scientific community, this annual event gives the audience the opportunity to put questions to a panel comprising members of the Commons select committee on innovation, universities, science and skills. Phil Waywill of the University of Sheffield, asked the panel of MPs if they thought the recent trend for financial professionals to retrain to teach is an appropriate long-term solution to the shortfall in specialist science teachers. Chair of the select committee Phil Willis MP said that science-qualified bankers should be attracted into teaching and he welcomed fast track teacher-training initiatives such as the Teachfirst programme. Dr Brian Iddon MP, previously a chemistry lecturer in HE, insisted that there needs to be more support to recruit enthusiastic teachers. Dr Evan Harris MP agreed that teachers need to be enthusiastic about the science they teach and therefore bankers with a science background would be more preferable to non-specialists teaching science. However, he believed that a better approach to recruiting more young people into the profession would be to improve teachers' pay and reduce the debt with which graduates leave HE by scrapping tuition fees.

Following the panel debate, the shadow science minister, Adam Afriyie MP, was asked whether there would be any significant changes in science policy if the Conservative party was to gain power. Afriyie commented that both parties shared similar views on science and its role at the heart of policy. However, he was concerned that a focus on funding applied research with obvious economic potential would come at the cost of support for fundamental research.