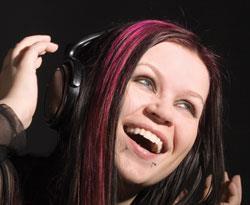 The rechargeable lithium ion batteries commonly used in portable devices, such as mp3 players and digital cameras, deliver power only for a short time before they need recharging. More frustrating is that with continued use, these batteries also lose the ability to accept a full recharge. Now, scientists in Italy may have found a possible solution to both problems that involves a few changes to the chemistry of the electrodes and the electrolyte.

Bruno Scrosati and Jusef Hassoun of the University of Rome, Italy, worked out, that in theory, lithium-sulfur batteries would have a much greater capacity for charge. The scientists calculated that the reaction:

has a theoretical specific energy and energy density of 2500 Watt-hours per kilogram and 2800 Watt-hours per litre, values that are much higher than conventional rechargeable lithium ion batteries. Unfortunately, simply adding sulfur to the negative electrode would lead to the battery slowly dissolving and lithium metal deposits forming inside.

The team has solved this problem by using a negative electrode made from a carbon/lithium sulfide composite, and an electrolyte comprising a lithium ion-containing liquid held within a polymer gel membrane. The polymer protects the electrodes from corrosion. The positive electrode is made from carbon within which nanoscopic particles of tin are embedded to give the electrode the necessary characteristics to release electrons as the battery discharges. Using nanoparticles protected by the carbon matrix prevents damaging volume changes occurring in the electrode as the battery is charged and discharged. Moreover, the specific capacity of this improved Sn/C electrode matches that of the Li2S/C electrode.

The electricity generation process involves the lithium sulfide cathode splitting into elemental sulfur and lithium ions, which releases electrons. The lithium ions migrate through the electrolyte membrane to the anode. Here they hook up with electrons, forming uncharged lithium metal atoms which then form an alloy with the tin nanoparticles.

The process is reversed by applying a current in the opposite direction, so that the battery can be charged repeatedly. The team says that their new battery works more effectively than other lithium-metal-free batteries and has a 'specific energy' of about 1100 Watt-hours per kilogram, which is suitable not only for portable electronic devices but also electric vehicles.