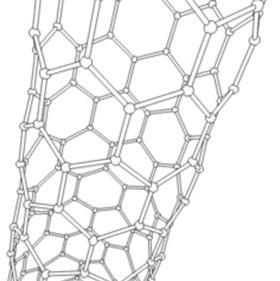 In 2006 a team based in Germany developed a method to use the tiny particles of iron oxide found in igneous rocks from volcanoes as templates for carbon nanotubes and fibres. Now, the same team has used these carbon nanotubes to activate an important industrial chemical, butane, without the need for an expensive metal catalyst.1 Their approach offers a much cheaper and greener alternative to the current industrial process for butane activation.

For the past decade Dang Sheng Su and his colleagues at the Fritz Haber Institute of the Max Planck Society in Berlin, Germany, have tested nanocarbon materials as alternatives to expensive heavy metal-based catalysts. Their earlier efforts focused on tests to activate the aromatic molecule ethylbenzene, a feedstock material for phenylethene (styrene), the precursor to the polymer polystyrene. 'The conversion of ethylbenzene to styrene is relatively facile and the system is activated by the aromatic moiety', explains Su. 'Butane, on the other hand, is much less reactive'.

Activating the simple four-carbon molecule butane to a functionalised version with additional chemical groups is a useful target for making precursors to other molecules in the pharmaceutical, agrochemicals, and polymer industries. Using their carbon nanotubes as the catalyst for reactions with butane, Su's team found that they could produce alkenes with four carbons under very selective, mild (low reaction temperature) and safe (low oxygen concentration) conditions.

According to Su, using the nanocarbon catalysts not only avoids the use of heavy metals that require sophisticated retrieval and recycling systems, but could also save enormous amounts of energy. 'The oxidative dehydrogenation is exothermic and reduces the energy requirements to a great extent', he explains. 'For example, butadiene has been industrially produced via steam cracking, which is a highly endothermic process'. The approach taken by Su and his colleagues means the reaction produces, rather than absorbs, heat. 'From the industrial viewpoint, this process has great potential,' he adds.

The advantage of nanotubes relative to more conventional forms of carbon, such as carbon black and activated carbon, which are commonly used in industry, is that the nanotubes are much stronger, have incredibly high surface areas per unit volume and so boost turnover rates. Carbon nanotubes are also better conductors of heat and in an exothermic reaction this could have significant industrial scale-up benefits, allowing heat to be used in the larger reaction vessels more efficiently. In addition, the carbon nanotubes are almost totally unchanged by the reaction and so can be used repeatedly, which means a better return on the investment after many reactions.

The team has now started to explore how their carbon nanotubes perform as heterogeneous catalysts.