Carbon dioxide levels in the atmosphere are higher today than they have been at any time in the past 150,000 years. With strong evidence linking CO2 emissions to global warming and climate change, chemists are looking for ways to capture this greenhouse gas, and store it or use it 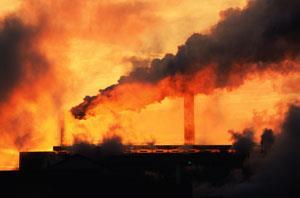 It's getting hot out there - can we turn the heating down?

Since the start of the industrial revolution, around 200 years ago, scientists estimate there has been a 30 per cent increase in carbon dioxide concentrations in the atmosphere, and with Man's unquenchable thirst for energy - in the form of heat, electricity and transport fuel - this figure is set to rise (see Box for UK 2005 CO2 data).

In computer-based models, rising concentrations of greenhouse gases point to an increase in the average temperature of the Earth. Such temperature rises, most scientists now agree, contribute to change in weather, sea levels, and land use. Melting ice caps, reduced crop yields, droughts and flooding, forest fires and coral bleaching are commonly cited consequences of global warming. The UK Government acknowledges this concern and has recently set a UK carbon reduction goal of 60 per cent by 2050. The development of existing carbon capture and storage (CCS) technology on a large-scale in energy- and cost-effective ways by chemical scientists and engineers is expected to play a major part in meeting this target.

There are essentially three existing routes to CO2 capture that scientists are examining.

Some scientists are investigating the possibility of capturing CO2 directly from the atmosphere by using tall convection towers (300 m high × 115 m diameter), where a down draft is created by cold water being pumped to the top. According to the researchers, air flowing out of the bottom of the tower would pass some 9500 tonnes of CO2 per day through a Ca(OH)2 absorbent. The latter would be regenerated to release a stream of CO2 for disposal. The researchers estimate that all the CO2 produced by road transport could be captured for the equivalent of around 10p per gallon of petrol used.

Several sites are currently being considered for CO2 storage. These include:

The CO2 storage capacity of old and current oil and gas fields in Western Europe amounts to ca 37 billion tonnes, which is only a few per cent of the estimated storage capacity of saline aquifers. However, oil field storage offers the potential of recovering more oil, which is a big incentive for oil companies to invest in this option. There are around 70 planned and on-going demonstration projects worldwide for CO2 storage in oil fields and aquifers.

Deep ocean storage is also being considered, mainly in the US. One option here involves pumping CO2 into the ocean at depths below 3000 m, where the now liquid CO2 would be denser than water under these pressures. However, much work needs to be done into the behaviour of CO2 under these extreme conditions and what effects such a lake of CO2 is likely to have on the unique plant and animal life in this region. Another factor to consider is the stability of the CO2 pool in the event of a sub-sea earthquake. An up-welling of CO2 gas could cause a massive eruption of CO2 gas at the ocean surface. 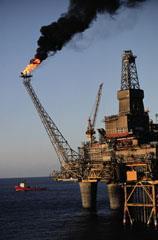 As well as enhanced oil recovery, other potential uses of captured CO2 will be in the food and drinks industry, and in the manufacture of a host of organic chemicals. Chemists across the world are looking at ways to reduce CO2 into useful hydrocarbons, and to mimic natural photosynthesis as a way of converting CO2 into carbohydrates.

Whether the potential of CCS is realised will come down to costs and what financial penalties are put on industry and transport for producing CO2. Carbon capture and storage requires energy, which would increase the use of fossil fuels. An intergovernment panel on climate change estimates that the cost of implementing CCS technology would increase the energy requirements of power plants by 10-40 per cent, which would put the cost of energy from such plants up by 30-60 per cent. But perhaps a more important question should be: 'What will be the long-term costs to our planet if CO2 emissions are not reduced'?

My thanks to Dr Jeff Hardy, energy expert at the RSC, for his comments on this article.

The following are the UK Department of Trade and Industry's (DTI) figures for CO2 emissions for 2005, in million tonnes:

The total carbon dioxide emissions for the UK in 2005 was 150.3 million tonnes.

In contrast, you might be interested to know that the average take-off weight of a Boeing 747 'Jumbo' aircraft is ca 300 tonnes, and that an ocean-going super tanker weighs approximately 250,000 tonnes.