Ralph Levinson of the Institute of Education, London, has developed a useful model that provides a framework for teachers to use when teaching controversial socio-scientific issues in schools 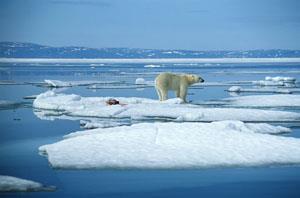 Bearing the brunt of climate change

The introduction of Twenty first century science1 as a new GCSE examination has given greater prominence to the teaching of controversial socio-scientific issues in schools. However, there is relatively limited advice on how this approach can be best taught. What exactly do pupils need to know to be able to contribute effectively in discussions on socio-scientific issues and what are pupils going to learn? To provide greater clarity on the teaching and learning required in lessons involving socio-scientific issues, Ralph Levinson of the Institute of Education, London, has developed a useful model that provides a framework for teachers to use when teaching in this area.2

The model has three strands. The first is concerned with 'categories of reasonable disagreement'. This considers a variety of situations where opinions differ on an issue. These include the situation where the initial evidence provided is insufficient for students to answer a question - for example 'Has there been a global rise in temperature since the Industrial Revolution?' - but the required facts are revealed later. Alternatively, there are the situations where there is no agreement and is never likely to be so - for example, a discussion on creationism.

The second strand focuses on 'communicative virtues when conducting a discussion with conflicting views', which is concerned with personal attributes such as patience, tolerance, freedom of expression and equality. In this respect science could be seen as the medium for developing these essential life skills.The third strand is about 'modes of thought' and is concerned either with discussion that is solely based around personal views and has little, if any, substantive science or discussion that is based on scientific evidence.

Such a framework could help teachers to focus on what they intend to achieve in a lesson and what steps they need to take to enable pupils to develop their understanding of controversial socio-scientific issues.