Criticism of maths in chemistry grows

A series of reports have questioned whether A-level education adequately prepares students to study the sciences at university, with particular concern surrounding the quality of maths provision. 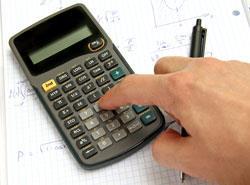 Within the space of two weeks, three major reports heaped criticism on the ability of A-levels to prepare students for the form and content of undergraduate science degrees. A major target was mathematics education, with a report from SCORE (Science Community Representing Education) claiming science A-levels fail to equip students with appropriate maths skills.

The report, which analysed the maths covered in 2010 A-level exams in biology, chemistry and physics, found that many mathematical topics were only assessed in a limited way in the exams, if at all, and tended to be 'covered repeatedly and often at a lower level of difficulty than required'.

The study also reported a disparity in how maths is assessed between exam boards and across the sciences, for example with complex mathematical questions featuring more prominently in one exam board's assessment than another.

'There has been a deficiency in maths capability over a period of years now, and that's reflected in the fact that many university chemistry departments have some form of remedial maths,' says Dr David Read, Director of Undergraduate Admissions and School Teacher Fellow at the University of Southampton's chemistry department. Even a good maths A-level doesn't necessarily solve the problem:   'Not every student with A-level maths will have the right combination of units and curriculum coverage to give them the maths skills for chemistry,' Read explains.

SCORE's findings were supported by research published by the University of Strathclyde's Fraser Scott in Chemistry Education Research and Practice, which investigated why many chemistry undergraduates struggle to perform calculations.

In a small study, 52 5th year students at a Scottish High School were asked a series of chemistry questions and comparable maths questions, and their answers analysed.

Scott concluded that the students were 'de?cient in basic mathematical skills' which affected their ability to perform chemical calculations. He also noted that in answering difficult maths questions, students seemed to simply follow 'algorithms' they had been taught, rather than understanding the problem. 'This algorithmic approach to mathematics teaching hinders problem solving ability in other subjects, most notably in the sciences,' said Scott.

The impact of an inadequate A-level experience was further illustrated in a series of reports from Cambridge Assessment, owner of the OCR exam board.

In a survey of 633 university lecturers, over 50 per cent felt new undergraduates were not prepared for degree level study, and almost nine out of ten felt that 'teaching to the test' contributed heavily to students being underprepared for university. 'No teacher wants to teach to the test,' Read comments, 'but the failure lies in the assessment system.'

Focus groups with higher education representatives voiced further concerns, with many feeling students joined university well-versed in exam technique, but unable to carry out analytical tasks. A literature review suggested that the transition to university study was often difficult, and not helped by differing approaches to teaching and learning.

'Very few students know what's going to hit when they come to university,' says Read. 'It is a massive barrier to students making a smooth and happy transition to university, particularly when they're doing a difficult subject that they're not necessarily prepared for by their previous studies.'