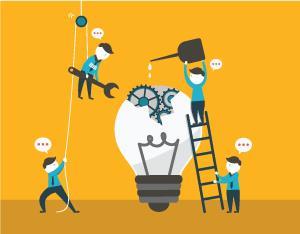 Can understanding be built which spans contexts?

The researchers interviewed 19 chemistry students, 11 of whom were from a community college and eight from a university. All the students had completed a module on what happens to compounds when they are added to water. The interviews were conducted in two parts both of which required the students to draw representations of what they thought was happening in the solutions on a particulate level.

The second half of the interview tested students' ability to apply their understanding of the nature of aqueous solutions to a new situation. The students were given a paragraph to read about colligative properties related to boiling point elevation. The paragraph emphasised that the property depends on the total number of solute particles in solution but not on the identity of those particles. The students had to predict and explain the relative boiling points of pairs of aqueous solutions, including 0.02 M and 0.06 M glucose and 0.02 M sodium chloride and 0.02 M glucose.

The results of the first half of the interviews showed that 18 of the students described the sodium chloride solution correctly as separated ions. Only 15 came to the same conclusion for the silver nitrate solution, indicating that a few students didn't have a strong grasp of the concept.

In the second part of the interviews most students drew glucose as a molecule and correctly predicted that a 0.06 M glucose solution would have a higher boiling point than a 0.02 M glucose solution. However, when students tried to predict what would happen in the case of sodium chloride solution, the ideas that they had held previously when explaining conductivity appeared to change. Initially, only half of the university students and 36 per cent of the college students represented NaCl(aq) as dissociated ions. Even when the students were prompted to compare their diagrams of sodium chloride in the two situations most concluded that the equimolar solutions would have the same boiling point.