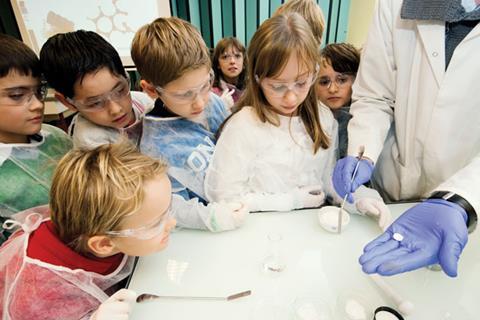 There have been several reports on the decline in students' attitudes towards science in secondary schools but attitudinal research in the primary sector is rather limited. In order to gain a greater understanding of what happens in primary schools Sarah Turner of Loughborough University and Gren Ireson of Nottingham Trent University have carried out an investigation of pupils' views of science.1 They looked at two age groups, Year 2 and Year 6 and used questionnaires and interviews with Year 2 and questionnaires and observations with Year 6. Two schools were involved with a total of 44 Year 2 children and approximately 100 Year 6 children.

The Year 2 children had a good knowledge of scientists and what they do. They didn't hold stereotypical views of what a scientist looks like, only that they must be very clever and able to do complicated things. The children were keen to be like scientists as well as to to repeat experiments and learn new scientific skills.

The Year 6 children completed an attitude questionnaire at the start and at the end of the academic year which showed little change over the time. They showed a positive attitude towards scientific inquiry but, unlike the Year 2 children, they showed little interest in undertaking scientific activities outside school and were not interested in following a scientific career.

The study shows that children's attitudes are mainly set at an early age in primary school and some may enter secondary school with quite strong negative feelings towards science.