Will the new GCSE science criteria published later this month by the Qualifications and Curriculum Development Agency (QCDA) satisfy the demands of all interested parties? 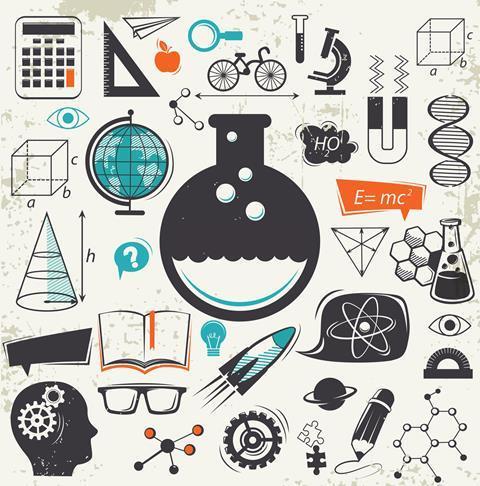 Will the new criteria cover all the bases?

The criteria will have been written following consultation with teachers and professionals from across the science education fraternity, many of whom have seen this as an opportunity to build on the strengths of the 2006 science GCSEs while others will be looking to the new criteria to address their concerns.

The 2004 criteria, on which the current specifications are based, were developed in response to a growing body of evidence which revealed that science in the National Curriculum was failing the majority of students because it had been written for the 10 per cent of students who would go on to study science post-16. Science educationalists agreed that if all students must take a minimum of single science up to the age of 16, then the science should be relevant to their lives and they should understand enough about how science works to be able to make value judgements about the evidence on which scientific claims are made. Otherwise of what value is a qualification that has no progression? In contrast Additional Science, or Additional Applied Science, taken together with single Science would serve as preparation for further study of science at level 3. Feedback from the current consultation, however, suggests that the differences in the rationale and content of these options is not clear and needs to be made explicit in the criteria.

The suite of GCSE science specifications, which were first taught in September 2006, has been generally welcomed by the community as a more suitable offering than the previous double award qualification. Teachers can now choose a science course to meet the needs of their students. The content is more up to date and relevant, and the increasing numbers of students taking A-level science subjects is seen, in part, as a reflection of success at GCSE.

However, while the content of the specifications may have been seen as a step in the right direction, the assessment regimes, specifically in relation to the 'How Science Works' (HSW) component and the mathematical skills required at this level, have come under criticism not only from the exam regulator Ofqual but also from SCORE (science community representing education). There is now widespread agreement among the scientific professional bodies that a set of mathematical competencies should be included in the criteria to ensure that mathematics appears in the specifications and is assessed.

The limited amount of practical work at GCSE is also a cause of concern. In its response to the consultation the Royal Society of Chemistry (RSC) recommended that practical work should be explicitly mentioned in the criteria under 'controlled assessment' to ensure that 'the awarding bodies develop... stimulating specifications/assessments, which will engage candidates in the study of science and chemistry'.

Although the 2004 GCSE science criteria, by essentially branding 'How Science Works', gave equal weighting and parity of esteem to the skills required by scientists and the content, many agree that its assessment has weakened its impact. 'How Science Works' is defined by what scientists do, and the way scientific knowledge develops. In short this comes down to collecting, analysing and interpreting data; using models to develop theories; testing the theories; assessing risk and working accurately and safely; drawing conclusions; communicating and presenting information; and an understanding of implications of science. While the experimental skills are not new and pose few problems for assessment, it's elements such as how and why decisions about science are made, including ethical, social and environmental issues, that are proving more of a moot point.

Part of the problem comes down to the fact that the awarding bodies use particular types of questions at this level - eg multiple-choice and short structured questions - and the broader aspects of HSW demand a different type of question. As chemical education consultant, Colin Osborne explained to Education in Chemistry, 'Assessing students' appreciation of how scientists develop knowledge and communicate their ideas through a peer review process can't be tested using multiple-choice questions. Neither is a written exam under time constraints necessarily the best way of assessing such aspects of HSW. A better approach might be for students to write coherent prose as part of their coursework'. Moreover, because the different awarding bodies interpret HSW differently and use different assessment methods, 'it is difficult', he said, 'to see how there can be equality across the awarding bodies, which there should be'. The learning outcomes of HSW need to be defined so that teachers know how the awarding bodies distinguish between an excellent student from one who is average.

The expectations for the new criteria are high. We wait to see whether QCDA and its regulator, Ofqual, deliver what is needed.