The UK government's plans for abolishing GCSEs are trying to do too much, too fast, say the House of Commons education committee 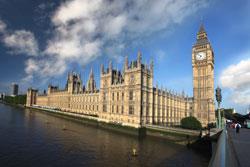 The committee has scrutinised the government's proposals for replacing GCSEs with new English Baccalaureate Certificates in some subjects. They fear that introducing several fundamental changes at the same time and to a tight timetable will jeopardise the quality of the reforms and may threaten the stability of the wider exam system. They also conclude that the government has not proved its case that GCSEs in key academic subjects should be abolished and replaced with new exams.

Launching 'From GCSEs to EBCs: the government's proposals for reform', Graham Stuart MP, chair of the education committee said, 'We have serious concerns about the government's proposed timetable for change. Ministers want to introduce a new qualification, require a step-change in standards, and alter the way exams are administered, all at the same time. We believe this is trying to do too much, too quickly and we call on the government to balance the pace of reform with the need to get it right.'

The committee has serious concerns about several aspects of the proposed changes.

MPs agree that GCSEs need 'significant improvements' in order to restore public confidence in the exam system, but the government still needs to make the case that the GCSE brand is so discredited that it is beyond repair.

The report questions how well the government's proposals will serve lower attaining pupils, who are often the most disadvantaged. 'The government should be concentrating its policies on the 40% plus of young people who do not achieve 5 A*-C grades including English and mathematics,' said Graham. 'We do not see how raising the bar will automatically help these young people.'

The committee found no evidence that the proposed changes will help to tackle under-achievement or narrow the attainment gap between the richest and poorest students any more effectively than GCSEs.

The report also calls on the government to re-think its plans for a Statement of Achievement specifically for lower attaining pupils. 'We do not see how this will be any more useful to young people than a low grade GCSE or alternative qualification,' said Graham. 'It may even become a badge of failure.'

MPs agree that changes are needed to the way in which exams are run, but they raise serious concerns about franchising subjects to exam boards. The government must show that it has paid enough attention to the likely unintended consequences of franchising and to the complexities of the tendering process.

The report is critical of the government's decision to abolish some GCSEs before publishing the outcomes of the National Curriculum Review and its proposed changes to the school accountability system, which drives the way that schools use qualifications. 'No sensible reform of assessment can take place without clarity as to what is to be taught. Coherence is not achieved by accident but by design,' said Graham Stuart. 'Changes to assessment and accountability should only be implemented as part of a coherent review of Key Stage 4 education.'

MPs also note the wide-ranging stakeholder opposition to many of the government's proposals. The report warns that 'changes of this magnitude are best achieved with as wide support as possible from across the education system, the wider economy, young people and their parents and, not least, the political spectrum.'