Learn Chemistry, the RSC's online home for chemistry education resources, tools and services, turned one year old this month, and it's been a fascinating year. 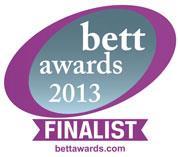 Learn Chemistry was launched at the Association for Science Education conference in Liverpool last January. It received around 15 000 individual visitors in its first month and has grown at an average of 20% every month since, reaching over 54 000 people in November. Together, the Visual Elements Periodic Table and Learn Chemistry sites had nearly a million unique visitors in 2012. In early autumn the RSC launched a dedicated Learn Chemistry channel on the TES site, where it has since built a strong reputation for providing quality chemistry resources.

During the year over 500 resources and a clutch of micro-sites were added to Learn Chemistry. These included Spectraschool (interactive spectroscopy tools), Chemistry in the Olympics (a sport resource and global experiment hub), On This Day in Chemistry (a chemistry calendar), Chemistry in your Bathroom (interactive pdfs) and dozens of new videos, games and quizzes.

The site has received hundreds of reviews and ratings: teachers have tweeted to say they'll treat their students to Learn Chemistry, TES members have admired the resources that build students' skills and the Pan African Chemistry Network has given feedback via LinkedIn. Praise and constructive criticism has come from all corners.

Possibly the ultimate accolade for those working in educational technology is a BETT Award. In November Learn Chemistry was shortlisted by the judges for the 2013 ICT Tools for Learning and Teaching prize, alongside some illustrious and well-established players in online education. The winner will be announced at the end of January.

Acting on user feedback, Learn Chemistry has been redesigned to provide an improved user experience. The project team also have big plans for the coming year. Highlights include updates to Mechanism Inspector, the interactive organic chemistry tool, an expansion of the Faces of Chemistry video series (showcasing the diversity of talent in the chemical sciences) and many more RSC-vetted open education resources and tools for higher education users. The team will also be mining the RSC's excellent back catalogue for hidden gems, so they can be browsed and searched by all.

Four further projects not to miss over this year: the next phase of the hugely successful Visual Elements Periodic Table, online CPD courses for teachers, electronic experimentation tools and the RSC's first forays into web-based assessment.

The RSC is looking for teachers who would like to be involved in writing, editing, reviewing or testing any of the upcoming developments. Comments and feedback on the changes are also welcome. Contact the Learn Chemistry team directly by email.

Take a look at what Learn Chemistry has to offer on their website.