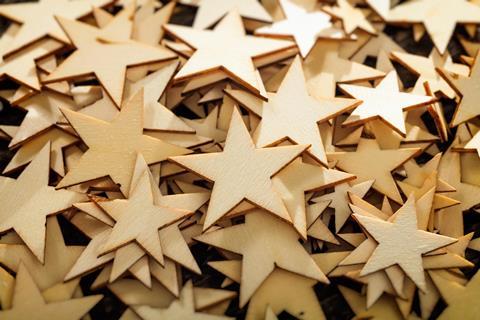 In December a panel of 16 chemists reported in the 2008 research assessment exercise (RAE) that 'UK chemistry remains buoyant and internationally competitive'. In contrast to the previous RAE in 2001, the latest exercise aimed to 'reward excellence in research wherever it is found'. After evaluating some 5000 research publications from 1200 UK chemists, the panel produced research profiles for 31 chemistry departments which show the percentage of research activity in five quality levels, ranging from below national standard (0), through internationally recognised and excellent (2* and 3*), to world-leading (4*). Overall, 15 per cent of research was judged world-leading. Cambridge tops the table of chemistry departments with Nottingham second and Oxford ranked third.

Speaking to Education in Chemistry panel chair Professor Jeremy Sanders of the University of Cambridge said, 'the exercise showed that over the past seven years universities in the UK made progress in chemistry across the board. Investment has improved the infrastructure for chemical research and the appointment of young researchers has lowered the age-profile of many departments'. Early career researchers made up 19 per cent of the chemistry community submitted to the RAE. However, the panel was concerned that a lack of start-up funding within departments would limit opportunities for these young chemists to develop long-term research plans and achieve their research potential.

The RAE revealed that research in chemistry is growing at the boundaries with other disciplines, with UK departments being strong in fields such as chemical biology, supramolecular chemistry and nanoscience. The panel, however, warned that the nature of chemists' work should not become too focused on interdisciplinary science.

In March the Higher Education Funding Council for England (HEFCE) announced its commitment to maintaining science subjects' share of the £1.6 billion set aside in 2009-10 for quality-related (QR) research. The amount of research funding an institution can expect to receive is based on the cost of research in different areas, the volume of staff and the quality of research as determined by the 2008 RAE. In HEFCE's funding formula, however, only research judged to be of international quality (ie 2* or greater) secures funding, with research rated 4* weighted seven times more heavily than 2*, while 3* research contributes three times more heavily than 2*.

Professor Andrew Abbott, head of chemistry at the University of Leicester, welcomed the funding weightings for RAE scores, 'The new funding algorithm has gone some way to redress the harsh way that grade 4 departments were treated under the old RAE rubric'. The single-grade results of the RAE in 2001 and a shortfall in funding to reward these results led funding to concentrate on the highest-scoring 5* departments, with funding reduced by ca 20 per cent for those rated 4.

Dr Matthew Almond, head of chemistry at the University of Reading, told Education in Chemistry, 'In principle the current RAE is fairer - but many will not see it that way. Our research income has risen by about 9 per cent. The exercise will, however, make us look at our research and how we plan activity over the next few years', he said.

As a research leader in Cambridge's chemistry department Sanders is not totally satisfied with the funding outcome for chemistry in England. 'HEFCE has put forward a funding formula that protects science as a whole but has done chemistry no favours'. Although leading the way in the review of chemistry departments, Cambridge has seen no significant growth in its QR funding, according to Sanders. 'Unless departments have expanded over the past seven years by recruiting staff, they will have lost out on funding', he told Education in Chemistry.