How well do 14-year olds in England do in science and mathematics compared to their peers on the world stage?

The recently published international survey of primary and secondary pupils' attainment in science and mathematics (TIMSS 2007) provides some valuable insight into the strengths and weaknesses of these subjects at Key Stage 3. 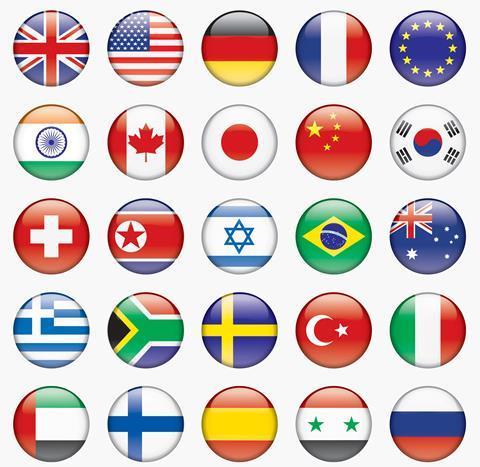 How well do 14-year olds in England fare on the international stage in mathematics and science in terms of their knowledge base (the content) and their ability to understand and apply that knowledge in both familiar and unfamiliar situations? According to the latest TIMSS report, Trends in international mathematics and science study 2007, there is good news. England's performance in all of the four assessment areas in science - biology, physics, chemistry and Earth science - and in mathematics - number, algebra, geometry, and data and chance - was among the best in the world.

According to an independent analysis of TIMSS 2007 by the National Foundation for Educational Research (NFER), on behalf of the Department for Children, Schools and Families (DCSF), the only countries to out-score England in any of the four assessments for each subject in the survey were Asian Pacific Rim countries - Singapore, Chinese Taipei, Japan and Korea, and additionally Hong Kong in the case of mathematics. No European country did better than England, nor did the US or Australia. Linda Sturman, NFER, told Education in Chemistry, 'Our performance in science since the last TIMSS survey remains strong, and in mathematics there has been a significant improvement overall since the last TIMSS survey in 2003'.

But do these results mean that teachers and educationalists in England can afford to be complacent? Professor John Holman, director of the National Science Learning Centre, told Education in Chemistry, 'While it is excellent that England is among the best performing countries in the world in science and mathematics, we still have some way to go to be truly world class. This is important because the only way we can ensure a wealthy and fulfilled society is by having a knowledge-based economy which is underpinned by science, and here we need to be world leaders. So there is still work to be done'.

The TIMSS 2007 report represents the fourth in a series of comparative international surveys of science and mathematics done every four years since 1995. Around 425,000 students from 59 countries took part. Grade 8 (Y9) results were reported for 49 countries (grade 4, Y5, results were also part of the survey).

There were two parts to the survey:

International benchmarks - advanced, high, intermediate, and low - were used to compare each country's performance. An 'advanced' pupil, for example, would understand some complex and abstract chemical concepts, such as the structure of matter as well as physical and chemical properties and changes. At the 'high' level, pupils would be less confident in such areas, and at the intermediate level they recognise and communicate basic scientific knowledge.

The NFER analysis found that science pupils in England performed slightly better in physics than they did in the chemistry questions, and the lowest scores were in Earth science. In cognitive domains they did better in questions that required them to use their knowledge in unfamiliar situations, and thus their ability to reason, than they did in straightforward recall of facts and the application of their knowledge to familiar situations. Two of the high scoring countries, Japan and Korea, also showed a similar strength in reasoning.

In mathematics England's cohort performed best in data handling but showed a weakness in algebra, which extended to basic algebraic manipulation. This weakness in algebra was shared by several of the countries performing at a similar level to England but not by countries scoring higher. In cognitive terms England's pupils' performance revealed a relative weakness in applying their knowledge, which was not shared by similar performing countries nor those performing at a higher level. However, the NFER found that 'there is no one profile that leads to a high score in TIMSS - successful countries have different profiles across the content and cognitive domains'. However, curriculum differences are likely to be a cause of particular strengths and weaknesses.

Several factors were associated positively with attainment in science at grade 8, including being confident in mathematics. 'The the factor most strongly associated with science attainment at this age', explained Sturman, 'was previous attainment, indicating the importance of sound experience of science at primary school'.

The percentage of pupils with highly positive attitudes to science had fallen by 21 per cent since the last TIMSS survey, despite the fact these pupils put a high value on science generally. According to Holman, 'We should be concerned by this finding because this seems to be part of a familiar pattern today that many of our youngsters recognise science as being important, which is good, but they still don't think it's necessarily what they want to study'.

Can we learn anything from the higher performing countries in terms of teaching and learning? Holman warns against cherry-picking teaching styles from other countries. 'What is successful in one country will not necessarily work in another country because educational practices are culturally determined. Teacher-led instruction may be the norm in Asian Pacific Rim countries, but this is unlikely to translate well here where the emphasis is on independent, more active pupil learning'.

No one country has the perfect education system. In England there is currently much concern about whether school science exams are getting too easy. The TIMSS 2007 study can go some way into providing a calibration of standards on which to debate this issue.