Scientists in Norway have drawn up a league table of alternative fuels for cars based on what they call a 'well-to-wheel' analysis that takes into account obtaining the fuel, manufacturing, total energy use, greenhouse gas emissions, and local and regional pollutants. Karl Høyer of Oslo University College and Erling Holden of Western Norway Research Institute, looked at complete fuel chains, including petrol, natural gas, and alternative fuel sources such as methanol and ethanol, hydrogen and biofuels.1

There are numerous factors that must be considered in assessing the environmental benefits of a particular alternative fuel. For example, will the energy consumed in the production of an alternative fuel be more or less than the usable energy it releases for powering vehicles? Are there other alternatives that might be better in terms of their overall impact on the environment? And can the use of a particular alternative fuel result in an overall reduction in energy consumption? Høyer and Holden emphasise that total energy use, carbon emissions, and other pollution (eg NOx,) should be considered in energy debates. 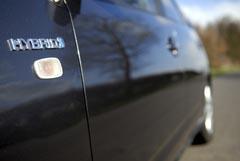 Hybrid vehicles - are they a greener option?

The researchers used a simple ranking system to create their league table, based on giving each energy form a weight from one to 16. When the weights are added up from well to wheel, they provide an overall value for each energy chain. For example, extraction of natural gas, processing into liquefied hydrogen, storage, and end use in a fuel cell car. The energy chains giving the lowest figures are the highest in the league table and those with largest figures are considered potentially the most environmentally harmful.

Perhaps unsurprisingly, the analysis confirms the position of petrol and diesel vehicles at the bottom of the table. However, hybrid vehicles, which are now increasing in popularity among drivers, do not fare much better. Hybrid vehicles can run on compressed natural gas or petrol. Various other fuel types fill the middle ranks of the table, but top of the well-to-wheel league are electric vehicles that use fuel cells powered with hydrogen gas obtained from natural gas methane.

Natural gas is usually considered a fossil fuel because it originates from the breakdown of organic matter but recent research shows that microbes within the earth also produce huge quantities of methane that might be tapped with future technology. The direct use of natural gas in hybrid cars is lower down the list in terms of efficiency, energy, and pollution. Biological methanol for use in fuel cell vehicles is also low in the league, despite the fact that biomethanol can be considered a potentially renewable resource. 'No single chain comes out with the best score on all impact categories', the researchers say, 'There are always trade offs involved. Thus, there are no obvious winners, only good or bad trade offs between different impact categories'.