Science and innovation in China, India and South Korea are growing fast

Science and innovation in China, India and South Korea are growing fast. Alongside the challenge this presents to western dominance in knowledge-based industries is the opportunity for UK science to become the centre for new global innovative networks. How can HE chemistry departments embrace this challenge? 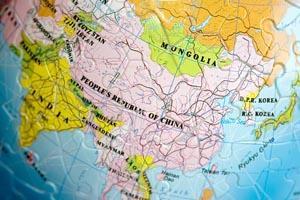 Over 300 leading scientists, from academe, and industry - from the far East, Europe and the US - met in January in London to discuss the findings of a report, The atlas of ideas: how Asian innovation can benefit us all, published by Demos an independent 'think tank' based in the UK.

For the past 18 months Demos researchers have been 'looking East', specifically at China, India and South Korea. They have covered thousands of miles and interviewed over 500 people in these countries - scientists from academe and industry, policy makers, corporate executives, and entrepreneurs - to get a real perspective of the science and innovation going on in these countries.

According to Charles Leadbeater, a senior associate of Demos, speaking at the conference: 'Our findings suggest that places which were considered "peripheral" in terms of knowledge and technology 10 years ago - Bangalore and Pune in India, Daejon in South Korea, Shanghai and Shenzhen in China - are now essential stopping off points in the continuous flow of people, ideas and technologies around the world'.

However, what kind of innovation these three different countries are each likely to produce long term is difficult to predict. Yes, money from sustained economic growth is being pumped back into ambitious R&D programmes. R&D spend by central government in China, for example, reached £4.7b in 2006 compared with £3.2b by the UK government. Both South Korea and India witnessed increases in R&D public spend in 2006 by 15 and 24 per cent respectively. Such increases, Demos says, must be considered alongside other factors to gain a true insight into science and innovation in these countries.

China faces its own uncertainties over whether economic growth can be maintained, together with the prospects of political reform, and whether top-down planning will stifle innovation even as it is funded. In India, the report finds, the inequalities arising from globalisation have stirred a cultural and political backlash which has forced politicians to refocus on the needs of the masses - the rural poor.

And quantity does not mean quality. While India produces a huge pool of graduates - ca 2.5m per year in IT, engineering and the life sciences, only 10 per cent are of international quality. Similarly, while Korea publishes high numbers of scientific papers, the level of citation of these papers is much lower. In contrast, as the UK's chief government scientist, Sir David King pointed out, the UK has an internationally renowned research base and its citations reflect that UK science is second only to the US.

The worst scenario, according to Leadbeater, would be that the current developments in these countries create a climate of anxiety in Europe and the US which would lead to 'a futuristic retreat into "techno-nationalism" and an inward approach that would be bad for everybody'. In short, more brains working on more problems in more places around the world will fuel innovation, he said. The UK, Demos recommends, should lead a more cosmopolitan and open approach to science and innovation. This country's future as a centre for science and innovation will depend on its ability to attract and retain links with the best talent.

Demos recommends that the UK should establish a £100m global R&D collaboration fund, which research councils could draw on to develop collaborative programmes with target countries on particular themes - clean energy in China, bioinformatics in South Korea or climate science in India, for example. Moreover, British universities need to follow the lead of Nottingham and Liverpool Universities, which have pioneered joint ventures in Asia, and need to develop overseas strategies. Scholarships and exchanges in these countries, says Demos, will be a critical way of strengthening collaborative networks. The UK also needs to send more scientific talent to Asia to support two-way flows of people and ideas. The development of general awareness of UK students to Asian science and culture will underpin future collaborations.

Times are changing. Where once these countries experienced 'brain drain', they are experiencing 'brain gain' as hundreds of thousands of students are returning home and becoming research leaders and managers in their home countries. But many of them will want to keep a foot in both home and away camps. How well a country supports these people could make the difference in terms of its long-term prosperity.

The Royal Society of Chemistry (RSC) welcomed the findings of the report. For the past two years the RSC has acknowledged the activity in science in these countries and has already formed 'cooperation agreements' with India and China, and more recently with Singapore, to establish communication and exchange of ideas in chemistry and related areas. While the main focus of these collaborations is in publishing activities, scientific, educational and social interactions look set to play their part in the future.