The Big Bang: UK Young Scientists' and Engineers' Fair will be held in Manchester from 11-13 March 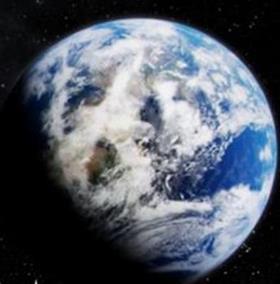 This year's theme is Earth

This year The Big Bang: UK Young Scientists' and Engineers' Fair will be held at the Manchester Central Convention Complex from 11-13 March. Launched last year and developed by Engineering UK in partnership with over 70 organisations from business and industry, government and the science, technology, engineering and mathematics (STEM) community, the event aims to celebrate and raise the profile of young people's achievement in science and engineering and encourage more young people to take part in STEM initiatives.

Headlining the three-day programme are live performances of television's Bang goes the theory and Brainiac shows, as well highlights from the Royal Institution's Christmas Lectures, in which ecologist Professor Sue Hartley investigated the 300- year ongoing battle for supremacy between plants and animals. As well featuring interactive demonstrations of cutting-edge technology and presentations on advances in science and technology, the fair will also host the finals of the National Science and Engineering competition. The competition will showcase the best STEM projects completed by 11-18-year olds during 2008/09.

The event is free to attend but visitors must register in advance. School groups are invited to experience all the fun of the fair on Thursday 11 and Friday 12 March, and this year, for the first time, families are invited to attend the fair on Saturday 13 March. The fair also marks the launch of this years' National Science and Engineering Week 12-12 March, the theme of which will be Earth.