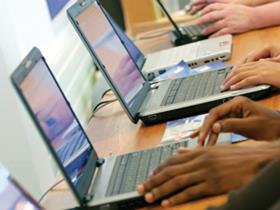 Kim Bolton and his colleagues at the University of Borås, Sweden, have investigated the use of a free computer simulation package, SimChemistry, with their third-year undergraduates studying an applied surface chemistry module as part of their chemical engineering degree.1

The 16 students involved had not used this type of software before and were initially apprehensive about the time it would take to get used to the package and how much they would learn. They divided themselves into four groups and each group chose a topic to study. For example, one group chose 'animations of surfactants used as detergents' and they set themselves goals of producing animations showing a single surfactant molecule in water, micellisation of several surfactant molecules, and removal of dirt using surfactants. They had four weeks to complete the project and were asked to keep diaries to record their progress and thoughts about their learning. At the end of the project the researchers interviewed the students, analysed their diaries and tested the students' subject knowledge in an oral presentation.

Most of the students had unexpected technical difficulties when first creating their animations. The researchers suggest that this may be because the task required students to provide information, eg bond strengths, to get the desired results, rather than use the computers to obtain information. Despite this initial setback, all the students enjoyed working together in groups and all contributed to the production of high-quality simulations.

Based on their oral presentations, all the students could explain the phenomenon correctly in molecular terms and many were able to explain further the processes in terms of energy changes. While the students were unable to pin down exactly how they had learnt many said that they had gained a deep understanding of the topic, which they felt wouldn't have been possible by just reading a textbook.