How do secondary school science students compare in the two countries? 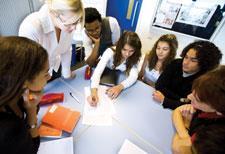 To gain an insight into the relationship between the educational context and students' achievement in science, Richard Coll from New Zealand, and Chanyah Dahsah and Chatree Faikhamta from Thailand have worked together to examine common factors in their two countries.1

There are several similarities in education policy between the two countries. Both have undergone massive educational reforms as part of a strategy to improve the economy. Both have a constructivist, learner-centred curriculum with an emphasis on the nature of science and inquiry-based pedagogy. However, the performance of the students in the two countries in the PISA tests is significantly different, with New Zealand students outperforming Thai students.

It is impossible to pinpoint why these differences exist but the researchers put forward several hypotheses based on evidence from a range of sources. New Zealand, for example, has moved away from external summative examinations to a system of criterion-based, internal and external assessment because this approach was considered to be more compatible with a learner-centred curriculum. Thailand, on the other hand, has continued to rely on national testing for students at the ages of 8, 11, 14 and 17. Other evidence supported the view that Thai education is not as learner-oriented as suggested in the Government policy. Moreover, there are few opportunities for Thai teachers to undertake professional development to gain an understanding of new teaching methods. The socioeconomic status of a country is also an important factor when comparisons are done, simply because more wealthy nations have more money to spend on education. However, the achievement gap between the two countries cannot be explained by economic differences alone. It would appear that wealthy New Zealand spends money wisely on making sure education policy is achieved, whereas Thailand tends to provide support for assessment at the expense of developing its teaching cohort.