The Education Minister for Northern Ireland has decided not to follow England in moving to linear-only assessment for GCSEs. 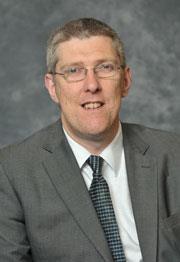 Following a 12-week consultation, John O'Dowd has rejected a decision by Michael Gove, UK Secretary of State for Education, to only allow assessment of GCSEs at the end of the course (known as the linear route). Instead, schools in Northern Ireland will be free to choose between unitised GCSEs (where assessment can be taken throughout the two years) or linear GCSEs.

'I believe that schools are best placed to make decisions in light of what they believe is in the best interests of their pupils', said O'Dowd. 'Many of the views expressed during this consultation, and in the workshops held with school leaders, acknowledged that whilst many of the issues identified in England might well exist, unitised GCSEs have only been in place here for two years in some subjects. It was therefore felt that change of this nature was too early and the decision to change by Michael Gove did not appear to have been taken on the basis of clear evidence or educational justification.'

The Minister concluded: 'This is a good example of locally accountable government working in practice. We looked at what was happening in England and took the views of stakeholders here into account before deciding on the best way forward. The standard of GCSEs here and in England is exactly the same and it is vitally important that we ensure this continues to be the case and that learners can avail of higher education and employment opportunities across these islands.'