To inform approaches to teaching about chemical change Gultekin Cakmakci of Hacettepe University Turkey, and John Leach and James Donnelly of the University of Leeds have studied young people's understanding of reaction rate and its relationship with concentration or pressure.1

The research sample consisted of two groups, 108 15-16-year olds and 83 university students from Turkey. Open-ended diagnostic questions were designed to determine students' ability to express scientific knowledge and to check their ability to use this knowledge to generate explanations in different contexts. 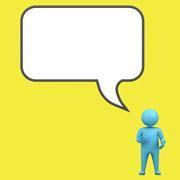 According to the researchers, school students tended to use macroscopic modelling, rather than particulate and/or mathematical modelling, to describe the effects of concentration or pressure on reaction rates. Also they tended to give explanations based on everyday knowledge that were often repetition of information given in the question. By contrast undergraduates provided explanations based on theoretical models and established chemical ideas.

Both groups of students, however, had difficulty in moving between graphical representations of rate and written or oral explanations. Many maintained that the stoichiometric coefficients in the balanced equation were directly related to the concentration of the substrates in the rate equation for all reactions. In addition, students did not generally use an acceptable concept of reaction rate across different contexts.

The researchers report that students' approaches to explanations varied significantly, depending on the social and cultural contexts of the questions and methods used. They also noted that the processes that occur between the initial and final state of a reaction need to be highlighted and they suggest that teachers should give greater emphasis to what type of rate they are talking about, ie the initial rate, the instantaneous rate or the average rate.