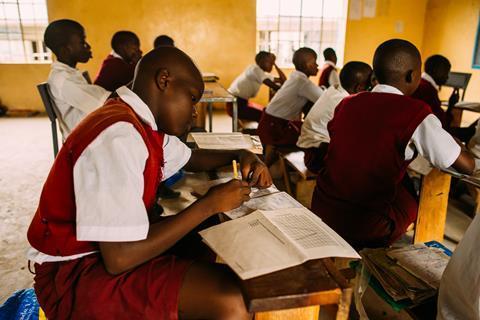 Teaching in the majority of schools in South Africa is teacher-centred, with pupils playing a mainly passive role and learning by rote. In most cases the language of instruction is English, which is a second language for the majority of children. Not surprisingly students find it difficult to understand science concepts and, at best, can only reiterate what they have been told.

To address some of these issues Paul Webb of the Nelson Mandela Metropolitan University in South Africa and David Treagust from Curtin University in Australia teamed up to introduce a group of teachers to new teaching methods and to monitor how these affect students' performance in reasoning and solving problems.1

Webb and his colleagues trained a group of teachers from 24 schools to use exploratory talks as part of their classroom repertoire with year 7 (ca 12-year olds) pupils. They introduced the teachers to different materials that would help initiate and maintain student discussions, such as practical activities and conversational readings. The researchers encouraged the teachers to use students' home language to point out key aspects of learning or to explain something. A control group was set up in each school, in which students were taught using the traditional methods.

To determine each student's ability to reason and solve problems the researchers used the Raven's Progressive Matrices research tool. These tests are language free and only use shapes to determine cognitive ability.

Analysis of data collected in the study showed that students who had been in lessons where exploratory talks had been encouraged were significantly better than the control groups in terms of their reasoning ability. According to Webb, the study shows that the majority of South African students are not being given the opportunity to reach their full potential and the country is missing out on an opportunity to create a new generation of scientists.