In Europe, homes and businesses use more energy than any other sector, including transport. Heating, lighting and power appliances are inefficient to the extent that valuable energy is being wasted. What can we do to smarten up our homes? 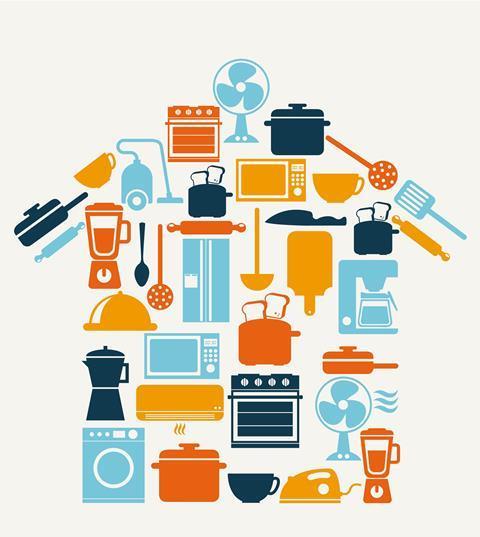 Twenty-five per cent of the UK's total electricity is used to power lighting and appliances in the home. If we do nothing this figure is predicted to rise by 20 per cent by 2020 as the number of electrical products in our homes grows. This is unacceptable. The UK, along with the rest of Europe, is committed to tackling climate change by reducing CO2 emissions by 60 per cent by 2050 - 85 per cent of which is caused by burning fossil fuels for energy. And with gas and oil reserves dwindling, Europe is faced with the challenge of reducing any future dependence on imported fuels and being able to deliver secure, clean and affordable energy. Against this scenario the concept of the Smart Energy Home (SEH) was born.

In August 2006 SusChem announced that from 2009 at least four 'Smart Energy Homes' would be built in major cities of Europe. (SusChem is a consortium of European chemical companies coming together to collaborate with construction and biotechnology companies, as well as major European professional bodies such as the Royal Society of Chemistry and the German Chemical Society. The aim of such collaboration is to exploit chemistry and chemical engineering research and bring sustainable products onto the market. )

The Smart Energy Home initiative will bring together several technologies that together will eliminate the net use of energy in the home - any energy that is used in the house will be taken from something that gives energy. The major input from chemists will be in innovative materials for construction and insulation, lighting, windows, smart coatings and surfaces, and lower energy-consuming appliances.

Novel insulating materials are being developed by BASF chemists and physicists. They are currently focusing on polymer foams with pore sizes in the nanometre range - nanofoams.

Heat transfer through porous materials occurs through convection, conduction and radiation. Over the past 50 years BASF research scientists, by understanding the mechanisms of heat flow, have found that reducing the pore size of polymer foams to micrometres and incorporating certain additives eliminate heat loss through these materials by convection and radiation. Dr Elmar Kessenich, BASF chemist, told InfoChem, 'the amount of radiation passing through an optically opaque medium, defined by the Beer-Lambert Law, is inversely related to the number of scattering centres in the medium, the effectiveness of the scatter, and the thickness of the sample. Because increasing the density of the foam would also increase the heat transfer by conduction, the best option for reducing radiative heat transfer is by modifying the effectiveness of scattering in the foam by adding strongly scattering particles'. The addition of graphite to polystyrene foam, for example, led to the material Neopor. In comparison to a standard polystyrene foam of the same density, the thermal conductivity of Neopor is 25 per cent lower, which translates to a reduction in raw material usage of up to 50 per cent.

More recently, the BASF researchers have been investigating how they could reduce the thermal conductivity from these insulating foams even further. The answer came with the development of nanofoams - ie foams with pore diameters of up to several hundred nanometres. 'This is approaching the mean free path of the molecules making up the air', explains Kessenich - 'ie the distance travelled before the molecule collides with another molecule. When the average pore size of a foam approaches the mean free path of the gas in the pores, there are essentially more gas-wall collisions than gas-gas collisions, and heat transfer by conduction through the pore is significantly decreased'. Nanofoams, just a few centimetres thick, could achieve the same level of insulation as a 50cm-thick standard insulation foam.

Lighting is another area where there are huge savings to be made. Too many homes still use incandescent bulbs, which produce light by passing an electric current through a thin tungsten filament. These bulbs are inefficient - 95 per cent of the energy is lost as heat. Energy-saving fluorescent light bulbs, which contain mercury, are more efficient by up to 25 per cent and last longer. However, within the next few years we should see a revolution in the way we light up our homes. Look out for OLEDs - organic light-emitting diodes.

Already used in some displays, OLEDs comprise an 'emissive layer' together with other conductive organic layers attached to a metal cathode (eg aluminium or calcium) on one side and a transparent anode (eg indium-tin oxide) on the other side. The emissive and conductive layers are thin films of semiconducting organic metal complexes, such as an iridium atom attached to pyridine (C5 H5 N) ligands. When a voltage is applied across the OLED the cathode gives electrons to the emissive layer and the anode withdraws electrons from the conductive layer, leaving holes for the electrons to move into. Holes and electrons combine to form 'excitons'. If the exciton represents an excited state of the emitter, it can lose energy and relax to its ground state and emit light of a specific wavelength, depending on the energy levels of the molecule.

So far chemists have been able to produce green, red and blue light from OLEDs using fluorescent materials, and green and red light from more efficient phosphorescent materials. The challenge remains to produce a quality dark blue light, so that the combination of the three colours produces a strong white light that is at least as efficient as a fluorescent source. Kessenich expects the first commercial OLED product for specialised and decorative lighting to come on the market by 2010, though a prototype is likely to be used in the Smart Energy Homes. Bulbs and tubes will make way for aerial lighting, which could be put on foils and wrapped around various objects around the homes or, if they can be made transparent, put on windows.

Thermally-efficient triple-glazing is likely to be used for the Smart Energy Homes. One product, developed by the glass manufacturer, Scott, has an interior pane, made of an insulating plastic, which is coated with a transparent nanolayer of metal. The interior and exterior glass is separated with a non-conductive spacer, and the space is filled with krypton. The metal layer is connected to a power supply. The insulated glass keeps cold air out but lets sunlight (infrared radiation) through. When the power is switched on infrared heat is radiated into the room via the conductive metal. Large windows could provide enough heat to warm a room without the need for additional heating. In the future solar panels (which use photovoltaic cells to convert sunlight into electricity) on the roof of the Smart Energy Home could be used as the power source during the day for the windows, one step closer to the 'zero energy' home.

In the longer-term lies the possibility of intelligent-coated glass. For example, thermochromic coatings, being developed by chemists at University College, London, operate on a phase change that occurs in vanadium oxide (VO2). Such coatings change the insulating and reflective properties of glass with temperature, making them potentially more efficient if the weather changes.

Intelligent coatings, specifically self-cleaning coatings, will be used on the facade of the houses, as well as more durable building materials that use less energy in their manufacturing process. Proctor and Gamble recently announced a new detergent that cleans at 20ºC, so people living in the energy-saving houses will be able to wash their clothes using less detergent, less water and less energy. Smart Energy Homes should be coming to your neighbourhood soon.

Quantum tunnelling is a quantum-mechanical property of electrons. Quantum mechanics was developed from Max Planck's (1858-1947) quantum theory and is used to describe the properties of atoms and molecules. In quantum mechanics an electron is regarded as a wave rather than a solid particle, where the wave describes the probability of finding the electron at a particular location. 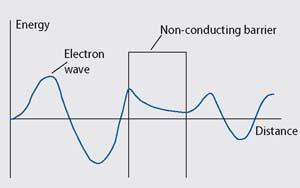 Electrical conduction is the flow of electrons through a material driven by an electric field. When a wave describing a conducting electron meets a barrier, eg the non-conducting polymer component of a QTC, the wave does not immediately drop to zero, but decays exponentially. This represents a decreasing probability of finding the electron in the insulator material. If the wave does not reach zero before it meets the other side of the barrier, it emerges on the other side. This implies there is a probability that the electron could be found on the other side of the barrier. So in effect the electron can 'tunnel' through the non-conducting barrier.