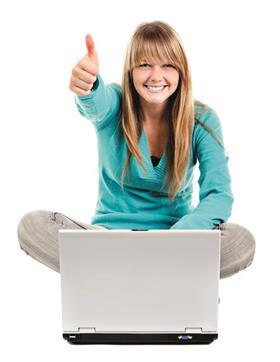 Student response technology (SRT) such as Quizdom and Activote can provide a fun element to science lessons, but how do they contribute to students' learning? To find out students' perceptions of the value of using such devices to promote learning, Elizabeth Nagy-Shadman and Cynthia Desrochers of Pasadena City College, US, sought the views of 350 students in university science courses taught by five lecturers who used SRT in their lectures.1

Feedback collected through the questionnaire-based survey showed that over half the students believed that SRT helped them to assess their own understanding during the lectures. This was thanks to the lecturers spending time to look at the responses as they appeared on the class computer screen. Wrong answers and misconceptions could be discussed either as a whole class or in groups and the students had a second opportunity to answer the question. Questions related to common misconceptions were particularly effective because of the 'shock value' when a long-held belief was shown to be incorrect. Students had the chance to defend their answers to their peers and the activity increased students' willingness to ask questions rather that sit passively during the lecture.

The immediate feedback on students' understanding of concepts provided by using an SRT system meant that they left the lecture feeling more confident in their knowledge and better prepared for examinations. The students appreciated the anonymity of the activity because it gave them a chance to test their knowledge without judgement from peers or the teacher for answering incorrectly.

A negative aspect of using SRT was that it did little to help develop students' problem-solving skills. Also students said that simply knowing that they were going to use SRT in a lecture would not encourage them to attend but the technology did reduce daydreaming when they did attend.