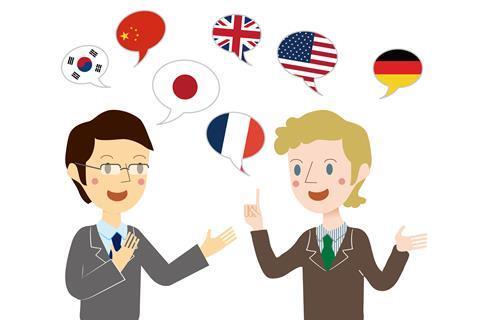 It is now quite common for classes to include children who have a limited command of the English language. This is not confined to the UK and a research team led by Jennifer Miller at Monash University, Australia, has investigated the problems these children face when confronted with specific and complex scientific terminology.1

The small-scale study involved 23 teenagers from African countries who had moved to Australia. These pupils completed a year of intensive English language learning and were then placed in mainstream classrooms. Working with the English as a second language (ESL) teachers and the science teacher, Miller identified two problem areas that had a negative effect on these pupils' learning experience. While textbooks were fine for fluent English speakers, they were a major hurdle for ESL pupils. These pupils also reported that the teachers spent too much time talking and did not give them the opportunity to discuss the science covered in lessons.

To solve these problems the research team developed new resources designed to support ESL pupils' learning of science. Miller rejected the idea of producing a dictionary to help with reading because many of the pupils could only speak their first language and could not read it, and in some cases the words being used introduced new concepts that were unfamiliar to them - eg chemical bond. Instead, the team produced a glossary that gave the meaning of the word and examples of how it was used, sometimes using pictures. Miller's team also produced booklets that used language learning strategies that required pupils to interact in some way with the text. Rather than single out the ESL pupils these booklets were used with all the pupils. Finally the science teacher was encouraged to use more group work in lessons to provide the ESL students with opportunities to talk about science.

Miller doesn't claim that the techniques showed a significant improvement in the pupils' learning, though they did gain higher marks than in previous end of topic tests. However, the pupils did find the activities useful in helping them to understand what was going on in lessons.