The effectiveness of mentoring

A small scale study into the effectiveness of mentoring in improving chemistry students' academic performance, was carried out by Jane Essex 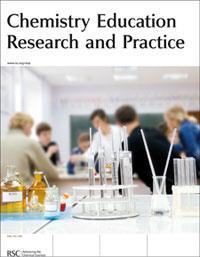 A small scale study into the effectiveness of mentoring in improving chemistry students' academic performance, was carried out by Jane Essex from Keele University. The research was carried out on a class of 10 A-level students who were taught by the researcher.

In addition to their normal chemistry classes, the students were offered the opportunity of attending individual mentoring interviews. In the interviews they were asked questions that were designed to help them reflect on their progress, their future aims and any support they required to help them achieve their targets. Each student received between two and four half-hour mentoring sessions over the six month period of teaching. The most common issues raised were concerned with how to learn subject material and requests for guidance on study skills.

The students were interviewed at the start of the period of mentoring and at the end in order to determine their views on the process. They commented that no other science teachers had ever talked to them about how to learn and they were grateful for being shown a range of possible strategies for tackling different learning tasks. They believed that the mentoring had helped them to improve their performance in all the science subjects.

However, when the examination results were looked at, the students who were mentored had only a slight rise in their chemistry marks in comparison to an un-mentored group. Ironically the mentored students showed a significant improvement in their physics results.

The cautious conclusion that can be drawn is that the time-consuming process of mentoring may only result in modest improvements in student examination performance but it is clear that a larger scale study would be required before any definitive statement could be made.