Put your questions on chemistry teaching to our experts 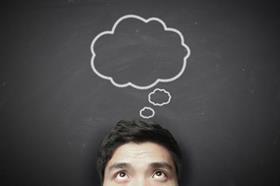 For years the [Ag(S2 O3)2]3- di-thiosulfate argenate(I) complex has been on the AQA syllabus and for the first time in teaching this topic a student asked me how the ligand is coordinated: via S or O? We had an interesting discussion about which they thought was more likely and why and I said I'd look it up for them - but with no luck in various textbooks. The nearest I got was a websearch that threw up some very obscure and exotic transition metal thiosulfate complexes (not to silver) which were via a :S=SO32- lone pair. Can you shed any light on how thiosulfate coordinates to Ag+ and why one way is preferred to the alternative?

From Peter Wothers in the department of chemistry at the University of Cambridge.

I tried to look up the answer to your question by searching for the crystal structure (the ultimate 'answer') but to no avail. However, in silver thiosulfate itself and various related structures all are coordinated via the sulfur (as I would have expected).

I am not sure if you have heard of the idea of 'hard' and 'soft' interactions? 'Hard' interactions are more charge/electrostatic dominated. The sodium ions would be coordinated to the oxygens in these complexes, for example.

Silver +1 is a classic example of a 'soft' cation. Its vacant orbitals are lower in energy than cations from Groups I and II and so it forms compounds with more covalent character. Sulfur also is a classic softy. Soft cations form strong interactions with soft anions. Good examples would be things like silver bromide or iodide. It's not good to try and calculate the lattice energies for these compounds since they contain considerable covalent character.

Mercury is another soft cation. Thiols (-SH) used to be known as mercaptans, meaning 'mercury capturing' from the strong interaction between Hg and S.

I hope this is of some help.