UK universities need to keep up with the Far East, says Rees 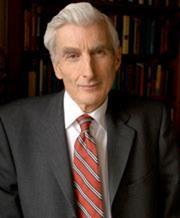 Lord Rees, speaking at the ASE Annual Conference in January, said that colleges and universities in the UK need to keep up with the 'more intensive and rigorous' education of young scientists in the Far East.

In his 2013 Presidential Address, Rees said that the ASE's mission (to promote excellence in science teaching and learning) was important for three reasons: to help the UK keep up with 'the surging numbers of scientifically-qualified young people in the Far East', to ensure every student knows enough science to 'prevent them being bamboozled by propaganda', and so that everyone can value the insights that science offers humanity.

He called for universities to play their part in a coordinated broadening of the curriculum, as 'they are justifiably blamed for favouring applicants who've had a narrow focus and can therefore "hit the ground running" in their chosen specialty'. He hinted that perhaps the solution lay in the US system and that universities should learn to broaden their programmes.

While the challenge of producing adults with specific skills at a range of levels lies with colleges and universities, Rees said that schools also had a role as 'the grounding and motivation has to be supplied at the primary and secondary stage.'

However, he pointed out that a shortage of specialist teachers is preventing the UK meeting this challenge, as 'more than two thirds of primary schools don't have a single teacher with a science qualification. Many young people don't get exposed to a graduate in physics or maths even at secondary level.' The result is that 'all too often, the natural enthusiasm of the young has been stifled by the time they leave school.'