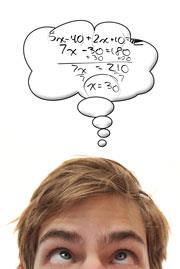 What do students thinks about Chemistry?

Judith Bennett and Sylvia Hogarth of York University have developed a new research technique to gain greater insight into students' attitudes towards science.1 Previous 'pencil-and-paper' approaches have only collected descriptive data from which broad conclusions are drawn, such as science is more attractive to boys than girls. This new technique, in which students are first asked to state their level of agreement or disagreement with a statement and then asked to give a reason as to why they hold that view, provides both descriptive information and explanatory information.

The researchers used their new approach in a survey of 280 secondary students from four mixed-ability schools. To study how their views towards science might change with age the students were drawn from three age groups - 11, 14 and 16.

In agreement with previous research, the results from the descriptive sections showed a decrease in positive attitudes towards science lessons and science outside school from age 11 to 16. Chemistry was the most popular science with 11-year olds, linked to a liking of practical work. Older students had an increasing dislike of the physical sciences, particularly physics, because they perceived these to be 'hard'.

Around two-thirds of the students in each age group said that chemistry wasn't relevant for the jobs they had in mind. More girls than boys said they did not see the point of the work they did in chemistry. Those students who held a positive perception of the subject did so for career reasons, which indicates that the 'hardness' of the subject is more likely to be tolerated if the subject is relevant to future jobs.

The students cited practical work as the most common reason for enjoying science lessons but in stark contrast students' interest in investigations tailed off significantly with age. Feedback from the students showed that many of them watched science programmes on TV or read about science, though as they grow older they lose interest in science they meet outside school. The older students tended to be positive about pursuing a career in science because science-based jobs offer good rates of pay or because they believed that scientists can help to make a better world.