Welcome to the pink room 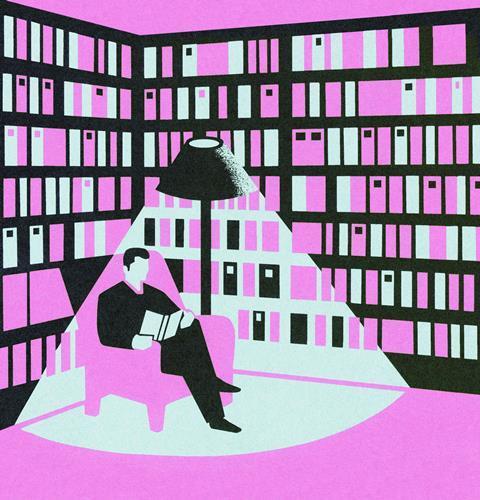 The chemistry department library at the University of York is painted pink. According to Paul Walton, head of chemistry at York, 'It gives the department a "feel good" character and is a nice place to work'. He was speaking at the Royal Society, in London, in July at the launch of a report, Planning for success: good practice in university science departments, published by the Royal Society of Chemistry (RSC) and the Athena Project, a Government supported initiative which promotes careers of women scientists.

Walton explained that the pink library is part of a serious process of cultural change in the department, which began in 2000 under the leadership of Robin Perutz, and which seeks to recognise, encourage and retain women chemists in the department. Perutz discovered that too many women were being put off advancing their academic careers because of bad attitudes of many of their male colleagues. Talent was being lost from the department for the wrong reasons. Perutz insisted, said Walton, that people should be promoted to the grade they deserve based on the quality of their research rather than on the number of academic papers published. He moved from using the latter as a sole means of promotion to senior positions within the department.

The problem is not confined to York. While ca 47 per cent of chemistry graduates are women, only 6 per cent of chemistry professors are women. The RSC-Athena report, which surveyed working practices in 38 chemistry departments, found that best practice - flexible working conditions, good leadership which encourages good attitudes among all staff, recognition of dual career patterns in the younger staff - benefits all staff and students, men and women in the department. Bad practice, however, affects women's careers more than men's. The report includes a checklist to help universities build the best working environment and practices for both men and women.

The University of York's chemistry department has recently been awarded the Athena Swan Gold Award in recognition of its success in providing positive support for women scientists during their careers and for significant improvements in the numbers of women staff in all academic positions.