What is a chemical?

We take it for granted that those who teach chemistry know what chemicals are but this is not always the case according to a research project done in Beirut.

Sara Salloum from Long Island University US and Saouma BouJaoude from the American University in Beirut investigated science teachers' ideas about chemicals.1 They interviewed 43 experienced teachers who had all studied science subjects as part of their degrees and had all taught chemistry. The interviews were designed to check on the teachers' depth of understating of the concept of chemicals. 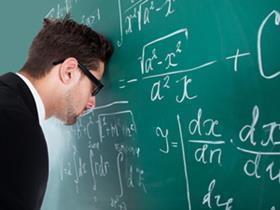 From their analysis of the responses the researchers found that the teachers fell into four defined groups. The majority of teachers (44%) were able to express clearly correct ideas about chemicals in a range of contexts. A second group (11%) gave consistent responses to questions but had a limited or inaccurate view of what chemicals are. Teachers in this group sometimes referred to chemicals as man-made substances that are harmful. Over a third of the teachers (37%) displayed some inconsistency in their responses, for example by suggesting that some things are made of chemicals and other things, usually living things, are not. This third group also tended to use the words 'chemistry' and 'chemical' interchangeably. The fourth group (7 per cent) provided bookish definitions but they could not express their own ideas clearly.

All of the teachers except one were aware that their students held misconceptions of chemicals but they were unsure as to how they could support them, and in some cases the support might have been counter productive. One would hope that this situation is not replicated in the UK but with increasing numbers of non-specialists teaching chemistry in schools it might be the case.