What is the evidence? 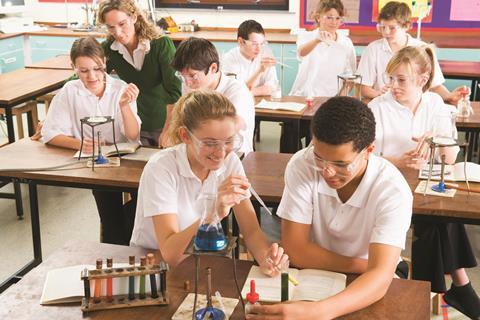 Students who carry out practical investigations are likely to be familiar with a few key principles that help them construct the argument that leads to the overall conclusion. Investigations involve the use of tried and tested experimental methods together with an appreciation of the relevant laws and theories.

Ros Roberts and Richard Gott have considered how students' understanding of investigative work can be used to help them question the evidence for a claim in a socio-scientific context. They took, as a sample, 65 undergraduate pre-service primary student teachers who had followed a substantive physical science module.

The students completed a pre-test which asked them to review information related to a scenario about the burning of fuel at a cement works. The students were told that the cement works had called in a panel of experts to evaluate the potential pollution and they reported that the emissions from the chimney were safe. The students' task was to write a letter to the experts containing specific questions about the emissions, ie they were asked to probe the validity and reliability of the evidence in the report. This exercise was completed prior to the students following a module on carrying out open-ended, lab-based investigations with an emphasis on ideas about evidence. The letter writing task was repeated 15 weeks after the completion of the evidence based module

Following the intervention there was a shift in focus of students' questioning from more general questions being asked about the broader debate and more about the procedures used that led to the claim, eg questions about numbers of samples, the sampling technique and the degree of uncertainty.

The researchers concluded that students are able to use the skills they gained from investigative work to help them formulate pertinent questions related to a socio-scientific issue.