Not in my name

Women scientists hardly get a name check in science curriculums. It’s time to change that 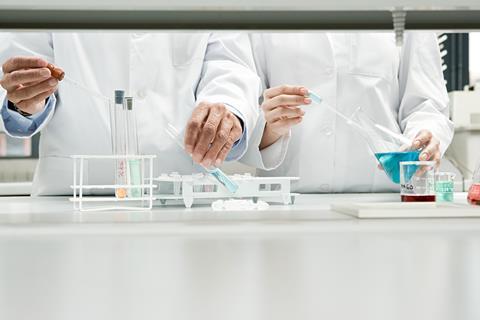 Science is for everyone, and our curriculums must reflect that

Coming hot on the heels of the International Day of Women and Girls in Science (IDWGS) and LGBT+ History month, International Women’s Day would be easy to overlook. Indeed, it’s simple to gloss over such days. I mean there’s even a World Nutella Day (in case you’re interested, you have to wait till next February for it to come around again).

But what do these days mean to you? To chemistry (and science) teachers? Judging by the reaction to IDWGS on social media, a lot. There was plenty of enthusiastic support for #WomenInScience on Twitter.

That enthusiasm needs to translate into action.

Let’s start with this year’s International Women’s Day theme: Choose to challenge. That means engaging people, challenging their world view and being open to our own world views being challenged. As the government announces plans for a ‘free speech champion’ for universities, this openness to divergent views and to challenge is timely.

In our personal lives, challenging is doable: next time someone expresses a view you don’t agree with, don’t close the conversation down or ignore it. Ask an open question, find out how they reached their viewpoint. Neither of you may change the other’s position, but you’ll have learned something.

I wanted to give the example of the Tokyo Olympic Games president Yoshiro Mori here – he made sexist remarks, apologised, stayed in post, but then he resigned. (It’s being called a watershed event in gender equality.) Rather than expecting those who make such remarks to resign, we need to engage them in discussion and debate. Engage, rather than dismiss; discuss, rather than close down. Indeed, we need to stop throwing the baby out with the bathwater. And that extends to science and science teaching.

In the history of science many, many more men than women are known for their discoveries and contributions to the progress of science. They are rightly acknowledged in the teaching of science today.

Choosing to challenge in science and science education doesn’t mean throwing out those men, renaming laws or removing their images. Instead it involves seeking out those women who made contributions that have been renamed, sidestepped or whitewashed from history. For example, Rosalind Franklin is one of the few that has recently had her achievements recognised, while Katherine Johnson’s work for Nasa in the 50s was only recognised by Barack Obama during his US presidency 60 years later. We have to include these women in the history of science. WikiProject Women has made a start, adding women to Wikipedia and improving existing entries – removing references to husbands and fathers, refocusing on women’s achievements. The same needs to happen to curriculums.

In 2020, Teach First reported that not a single woman’s name features in the national curriculum for GCSE science. Just two women’s names appear in double science GCSE for three of the major exam boards. That compares with more than 40 men’s names.