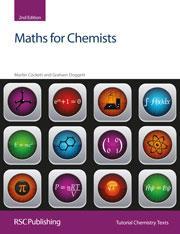 The most obvious change from the first edition is that the two separate volumes have been combined. This would seem to be a sensible move in order to improve the ease with which students can access the material as they will no longer need to know in which volume a particular topic appears.

As might be expected, the authors cover the range of mathematics required by students at undergraduate level. This begins with a chapter on numbers and algebra and ends with statistics and error analysis. Inevitably, a number of the intervening chapters are devoted to aspects of calculus.

The book makes use of an additional orange colour to relieve the monotony of black text on a white background. This colour is used to provide additional emphasis in the main text, for marginal notes and as the background colour for problems and worked problems. I found this to be a little overbearing, and the use of different numbering schemes for the two series of problems was potentially confusing. In addition, the problems for students to attempt appear at the relevant points in each chapter, rather than at the end. This reduces the need for students to select an appropriate method as the one required is obvious.

The great strength of books on maths for chemists is the placing of the mathematics in a chemical context. There are plenty of relevant examples here, but sometimes the authors seem to allow the mathematics to take over. For example, in the chapter on power series, the authors state a number of chemical uses in the opening paragraph. However, there are twelve pages of mathematics before any chemical examples are treated in detail. Also, the final problem in the functions chapter contains a number of ‘show that’ questions requiring the students to obtain algebraic expressions of varying complexity, with no justification as to why they might be useful.

The mathematical ability of chemistry undergraduates continues to be an issue for many departments, so this new edition is a timely update to the resources available for both staff and students.