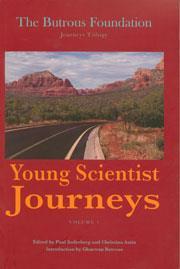 A book about the life stories of former members of a science club at the International School in Bangkok in the 1960s did not seem to me initially to be one with universal appeal, but in fact I found this book to be inspiring.

The book is in many ways a tribute to the qualities of one science teacher, Philip Reeves, who arrived in 1960 to teach science at the above school for the children of foreigners living in Bangkok. He was a truly inspirational teacher who set up a science club for young people, which led on to the publication of their own Bulletin of the Student Science Society, and led many youngsters into science and related careers, and then on to the establishment of similar young people's science clubs around the world. As someone who was himself inspired at school by two wonderful chemistry teachers, I appreciate the 'ripple effect' of such inspirational teachers as Reeves.

The main part of the book consists of about 20 people describing their own science journeys following their encounter with Reeves in Bangkok. We read of people whose journeys took them to all corners of the globe and into a variety of science-related careers like botany, medicine, astrobiology and entomology (Reeves' own speciality). Some journeys took people into the arts, and sometimes back to science again, while others went into such diverse fields as banking and the US Airforce, but in all cases applying the problem-solving techniques learned during their young scientist days.

This book is the first of a trilogy published by the Butrous Foundation set up in 2006 by Ghazwan Butrous to encourage and empower the young scientists of tomorrow, especially through the first online scientific publication written by and for young scientists (12 to 20-year olds) themselves, The Young Scientists Journal.

Reeves did much more than just impart facts into his pupils - rather he encouraged a new way of looking at and thinking about the world around. This book should inspire science teachers and help them to realise that they never know completely the effects of their work on the next generation. The book will also encourage aspiring young scientists to explore the variety of their possible life journeys.