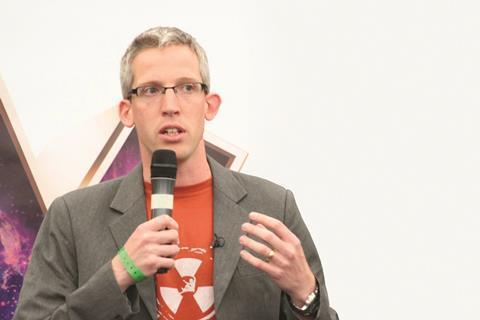 Searching for your dream job is both exciting and terrifying, and one of the hardest things can be to find out what that job is. Of course, some people know they are going to be astronauts or doctors from the age of five, but what about the rest of us? Sometimes, following your interests feels more like a random series of events than choosing a definite career path. But maybe that’s not so bad.

This is exactly how Michael Edmondson ended up working on the human side of hard science, combining science with management. ‘I didn’t have the foggiest idea about where to take my career,’ he says, when asked if his younger self would be surprised to see where he’s ended up. ‘But I don’t think I would be surprised.’

Going with the flow

Michael was always into science, yet when a PhD position came up after he finished his degree in chemistry, he didn’t accept the offer. He wanted to travel and see the world, so instead, he signed up for a Work America programme. However, it was this trip that gave him the confidence to turn back to science.

He enrolled at the University of Birmingham, where he did a PhD and one year as a postdoctoral researcher. He then entered a graduate scheme with British Nuclear Fuels Limited, in a field completely new to him. ‘The role wasn’t aligned with my PhD at all, but I’ve always found nuclear science interesting,’ he says.

But after some time, he couldn’t see how to move forward with his career, so he took matters into his own hands. Leaving chemistry for a while, he managed to spend some time in external affairs and public relations. ‘It gave me much more of an awareness of things outside of science,’ he says, ‘and my career has really developed to incorporate that sort of thing.’ He kept his eyes open and when the opportunity arose, he opted for a role that was about team and programme management at the National Nuclear Laboratory.

Michael is now passionate about his industry, which deals with how to safely dispose of nuclear waste – a worldwide issue. ‘If you’re interested in any kind of science and engineering – and chemistry certainly – you’ll find it difficult to find anywhere more exciting,’ he says. ‘We find solutions to very difficult problems, which are helping to save the planet. The challenges in the chemistry that we face are a great playground.’

Michael is also a chartered chemist, which means he is professionally recognised as a quality chemist by the Royal Society of Chemistry. He says it allows people to recognise his standard of work even before meeting him, which is valuable for the business he works in. He also sees it as a way to inspire others: ‘I have always been passionate about chemistry – it’s clearly the best science – and I have always wanted to talk to people about chemistry. I see being a chartered chemist as part of that as well.’

A lesson in reflection

In April this year, Michael made another conscious career move. He moved to a one year position with Sellafield Ltd that allows him to be in touch with the chemistry he loves and apply the management skills he has built up – his dream job. 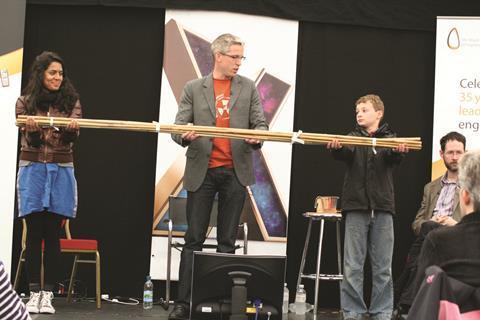 Although his path could have been planned out all the way from A-levels, part of what makes it suit him so well is that he created it as he went along. ‘It’s been a combination of taking opportunities when they’ve been offered and taking time to reflect on what I want and then going for it,’ he says. ‘It might not have seemed like it at the time, but I’m not the sort of person who looks back and worries about what I could have done.’

And why would he? It sounds like advice we should all take.

2015–present, One year secondment as business manager at Sellafield Ltd

2002–2003, Postdoctoral research at the University of Birmingham (hydrothermal synthesis)