In January 2011 the International Journal of Science Education published a special issue on research findings from these tests and in one of the articles Bybee and McCrae reported on students' scientific literacy and attitudes towards science.2 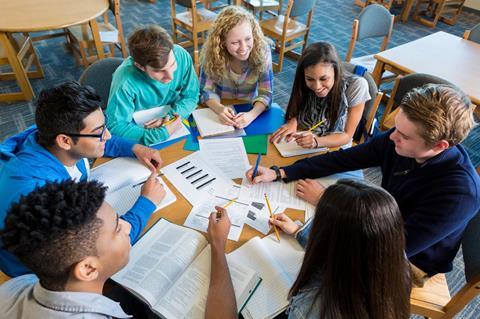 The performance of students in the PISA (Programme for International Student Assessment) 2009 tests1 was published towards the end of last year and countries were ranked in order of student achievement. However, the PISA scheme does more than determine students' level of understanding of science as the tests also ask students about their interest in science, support for scientific enquiry and responsibility towards resources and environments. This data takes time to analyse and it is only now that reports are becoming available from the 2006 tests.

There was a rather strange result in terms of 'interest towards science' but it is one that has been recorded in previous worldwide studies. The results showed that in countries where students performed well in terms of knowledge and understanding of science they showed relatively low levels of interest. Finland, the country with the highest mean score in terms of achievement, had the lowest score on the interest scale. There is no clear explanation for this except the differences in response styles from different countries.

Students in 52 of the 57 participating countries were particularly interested in learning about aspects of human biology. On average, chemistry was the second choice in the top ten performing countries, whereas plant biology was the second choice in the bottom 10 performing countries. In terms of individual topics, students showed most interest in learning about health and safety issues that they might encounter themselves. They showed much less interest in abstract scientific explanations (eg understanding how the molecular structure of various plastics differ) and how scientific research is carried out.

The survey gives an important insight into students' attitudes and provides useful information for curriculum developers.