John Emsley investigates the element that has harmed many, but now heals a few 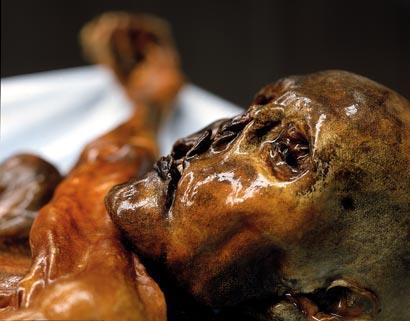 It was the presence of higher than expected levels of arsenic in the remains of Ötzi, the 5000 year-old iceman found in the Italian Alps, which suggests he was a coppersmith because the smelting of this metal was often from ores rich in arsenic. We all contain some of this element, and the average person has around 7 mg of arsenic in their body and this varies according to the foods we eat. A dish of rice and prawns may provide more than 20 mg but the arsenic is present as arsenobetaine, (CH3)3 As+CH2CO2-, which poses no threat to health.

Regular ingestion of arsenic(iii) oxide, As2O3, can allow the body to build up a tolerance to a toxic dose which for a normal person is around 200 mg. The so-called arsenic-eaters of the Styrian Alps in Austria in the 1800s could consume as much as 500 mg per week, and they obtained it from small metal refineries where it sublimed in the flues. They claimed it enabled them to work better at high altitudes. Some peasants were reputed to have eaten arsenic for most of their adult life but many suffered from skin cancers as a consequence.

Arsenic became popular in medicine from 1780 onwards, prescribed mainly as Dr Fowler's Solution, which contained potassium arsenite, K2AsO3. It was given as a treatment for fevers or as a tonic during convalescence, but was eventually discontinued because prolonged use could result in various cancers, and is particularly dangerous in its lower oxidation state.

In 1909, a breakthrough in the treatment of syphilis came in the form of the drug Salvarsan, chemical name arsphenamine. (Its molecular structure is still in doubt but appears to contain As-As bonds.) Paul Ehrlich was the man who discovered it

and even after penicillin replaced it as the preferred treatment, it continued to be used in the treatment of sleeping sickness.

A widespread threat from arsenic afflicts many in Bangladesh and parts of India. There, villagers were encouraged to dig wells and tap into the subterranean water table which was free of disease pathogens. Unknown to them, the water had high arsenic levels sometimes in excess of 300 ppb and eventually it was the widespread occurrence of the skin condition known as arsenicosis that revealed something was wrong. In this affliction the skin of the hands and feet erupts in leprosy-like lesions eventually becoming cancerous.

Removing arsenic from the well water is not difficult. A simple filter containing iron filings will convert the arsenic to insoluble iron arsenite. Around 20 000 such units are now in use throughout Bangladesh alone.

Inorganic arsenic may cause cancer but it can also help in the fight against it. It has reappeared as the drug Trisenox, which is As2O3, and is given to treat leukaemia. It acts by stimulating the production of normal bloods cells which have become crowded out by cancerous white blood cells. A combination of Trisenox and retinoic acid (related to vitamin A) is particularly effective and is thought to re-programme cancer cells into behaving like normal cells again. It was known many years ago that arsenic stimulated the formation of blood and indeed was once a recognised treatment for anaemia.

Accidental arsenic poisoning appeared to be a threat in the 1800s when wallpapers were often printed with the green pigment copper arsenite, CuHAsO3, aka Scheele's Green. When such walls became damp they could give off trimethylarsine gas, As(CH3)3, produced by moulds. Breathing the air in such rooms was capable of producing chronic arsenic poisoning, or so it was believed. In 2005, it was shown that this gas is not particularly toxic. Indeed the tolerable level of this gas in a working environment might be as high as 20 000 ppm (2%). So ended speculation that Napoleon had been poisoned by his wallpaper.

The first reduction of As2O3 to arsenic itself is attributed to Albertus Magnus (1193-1280) who probably made it by heating the oxide with charcoal or vegetable oil. Arsenic produced in this way was subsequently applied to copper to give it a silver-like sheen.

Arsenic compounds were once widely used in wood preservatives but these have been phased out. Arsenic is added to harden the lead used for shot and bullets. The element is now most likely to be met with in the form of microchips as gallium arsenide and indium arsenide. Added to semiconductors, it acts to supply electrons to the crystal lattice. Integrated circuits made with gallium arsenide perform much faster than those made with semiconductor silicon, although they are more expensive. 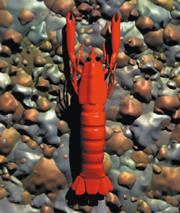