Once so essential, now mired in controversy

The bromine story began with 24-year-old student Antoine-Jérôme Balard (1802-76) who found that the salt residues left by evaporating brine from Montpellier, France, gave an oily red liquid when treated with acid. He realised this was a new element and reported it to the French Academy, who confirmed his discovery. When they realised it was chemically similar to chlorine and iodine, French chemists proposed the name bromine, based on the Greek word bromos meaning stench. 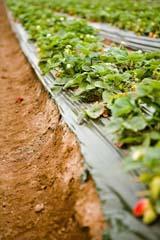 Bromine and its compounds have myriad uses, including fire retardants and pesticides

Fifty years ago world production of liquid bromine exceeded some 300,000 tonnes per year, much of which was produced at a plant on the coast of Anglesey, north Wales. This plant closed as recently as 2004. Here bromine was extracted from sea water, which contains 65 ppm bromide, by using chlorine gas to convert the bromide to bromine, which was then removed by blowing air through the water. Bromine was used in the manufacture of myriad useful compounds. Photography relied on the light-sensitivity of silver bromide, doctors prescribed potassium bromide as a tranquilliser, leaded petrol needed dibromo-methane to ensure lead was removed from engines via the exhaust gases, bromomethane was widely used to fumigate soil and storage facilities, and fire extinguishers contained volatile organobromine compounds.

While some of these uses of bromine have declined because the products are no longer needed, others have been discouraged because of the damage this element can cause to the ozone layer. Volatile organobromine compounds are capable of surviving in the atmosphere long enough to reach the upper ozone layer where bromine atoms are 50 times more damaging than chlorine atoms (from chlorofluorocarbons, CFCs).

The Montreal Protocol, which outlawed CFCs, also sought to ban the use of all volatile organobromines by 2010, in particular bromomethane and compounds such as CBrClF2, which were used in fire extinguishers. However, banning bromomethane has so far proved impossible because it has some uses for which alternatives have not been found. Often referred to as methyl bromide, CH3Br (boiling point 3.5°C) has been widely used to kill pests in the soil, which threaten crops such as strawberries, and flowers such as carnations and chrysanthemums.

In fact, bromomethane is not so threatening as it first appears. Recent environmental research found that half the bromomethane sprayed on soil never evaporates into the air because it is consumed by bacteria. Nor are man-made organobromines the main source of these compounds in the atmosphere. Marine plankton and algae release around half a million tonnes of various bromomethanes, for example tribromomethane, into the atmosphere every year.

Even more surprising has been the discovery that something in the oceans makes pentabromodiphenyl ether, the synthetic version of which is also used as a fire retardant. In 2005 this compound was found in whale blubber. At first it was thought to be the man-made variety. However, the carbon atoms it contained had detectable amounts of 14C, suggesting that they were of recent origin. The fire retardant is made entirely from fossil resources and thus contains no 14C. Another complex bromine compound from the sea is the purple dye once used for clothes worn by the Roman Emperors. Tyrian purple - 6,6´-dibromoindigo - was extracted from the Mediterranean mollusc Murex brandaris.

Bromine is, however, a potential threat to human health. Ozonising drinking water to sterilise it converts any bromide to bromate (BrO3-), which is a suspected carcinogen. The limit set for bromide ions in water is 10 ppb. Some reservoirs in California where this limit was exceeded have been drained as a consequence.

Once so beneficial, bromine now appears to cause nothing but trouble and yet in ways unseen, such as in the pharmaceutical industries, it still continues to be used to provide intermediates in the manufacture of life-saving drugs.

Atomic number 35; atomic mass 79.904; melting point -7°C; boiling point 59°C. Bromine is in Group 17 (the halogens) of the Periodic Table. It is a dark red liquid with a choking vapour and a density of 3.1 g cm-3; it is soluble in water, forming 'bromine water', a powerful oxidising agent and a test for unsaturated organic molecules which turn bromine water colourless.