In this issue: Lead - an element with a colourful and dubious past

Despite the odium which surrounds it, and the desire to minimise human contact with it, lead continues to be mined on a large scale. Newly mined lead amounts to 4 000 000 tonnes per year, most coming from China. It is refined to remove the silver it contains, which can be as much as 1.2 kg per tonne.

Lead can measure time on a geological scale using the uranium-lead dating method. Its atoms are the end product of the radioactive decay of uranium and thorium, so by comparing the amount of these metals to lead it is possible to calculate the age of a rock.

Lead can tell us about our more recent past and the extent of human impact on the environment. The lead analysis of a peat bog in Switzerland gave an atmospheric lead profile reaching back 14 500 years, revealing not only the amount of lead in its various layers, but the ratio of lead-206 to lead-207.

Data shows that agriculture started in Europe around 4000 BC with forest clearing and soil tilling, with soil dust carrying lead into the atmosphere. About 1000 BC the isotope ratio changed when lead mining began because this increased the level of lead-207 compared to lead-206. More recently, the ratio increased further due to Australian lead ores which are richer in lead-207. 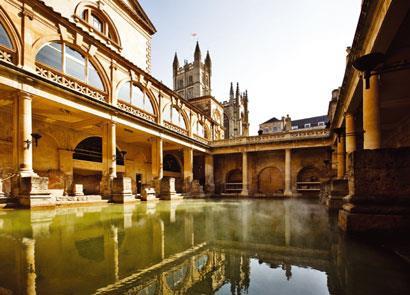 The Roman baths in Bath Abbey, UK, were supplied by lead piping

Analysis of lake sediments reveals that during the Roman era, the lead level in the atmosphere rose significantly. It has been estimated that they smelted around 80 000 tonnes of lead per year, mainly in Spain and Britain. As the empire declined after 400 AD the level sank back to near pre-historic levels.

The Romans were the first civilisation to employ lead on a large scale. They used it for water pipes, coffins, pewter tableware, and its compounds as pigments for paint, namely white lead, 2PbCO3.Pb(OH)2, and red lead, 2PbO.PbO2. Such was its superb covering power, that white lead was used until the middle of the last century when it was finally replaced by titanium dioxide, TiO2.

Lead was used by doctors for almost 2000 years. Menecrates, physician to the Emperor Tiberius (ruled 14-37 AD) invented diachylon plasters. These contained a paste of lead oxide and olive oil and were prescribed for skin complaints. They were still being used in the late 1800s.

Lead poisoning may have destroyed a whole expedition. In May 1845, John Franklin set off to search for the North West Passage around Canada to the Pacific ocean. Neither his two ships, nor any of their crew survived, but evidence from the graves of three crew members suggests that lead played its part. Their remains showed such high levels of this metal that it seems they almost certainly died of lead poisoning. It came from the lead solder of the canned foods which they lived on, as shown by isotope analysis.

Lead is poisonous because it is absorbed into the blood stream where it deactivates the enzymes that make haemoglobin. This results in the build up of the precursor molecule aminolevulinic acid (ALA). The excess ALA poisons the body and accounts for the symptoms of lead poisoning, namely general weakness, constipation, headaches, insomnia, and even infertility.

The last century introduced new uses, such as the insecticide lead arsenate, and the additive tetraethyl lead (TEL) used to raise the octane level of petrol and boost its performance. Eventually all cars were running on leaded petrol, contaminating the whole planet. Lead in the snows of the Arctic reached 300 ppt by the late 1970s, although this has since declined because TEL is no longer used.

Today, most domestic lead use has been phased out including the lead acetate of hair dyes for men. However, it is still in demand and most goes into lead-acid batteries for vehicles. Other uses are lead sheeting, ammunition, alloys, cable sheathing, and radiation shielding.

So-called chemical-grade lead, which contains small amounts of silver and copper, is used in the chemical industry because it resists the action of corrosive liquids. Lead-based semiconductors like lead selenide and lead telluride are part of infrared detectors.

More lead has been discharged into the environment as a result of human activity than any other metal. Thankfully, there are ions in the natural environment which ensure that most lead remains immobile: sulfide ions form PbS and phosphate ions form Pb3(PO4)2 and both are very insoluble. 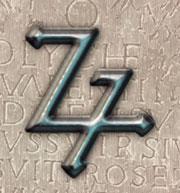