John Emsley, University of Cambridge, takes you on a tour of the periodic table:

Not just another form of silver, it's pure platinum

The use of platinum can be traced back to the ancient Egyptians and South Americans. News of the metal first reached Europe in 1726 when José Sánchez de la Torre y Armas, who was the assayer at the royal mint in Bogota, discovered that it was a new metal and not just a form of silver. Alluvial deposits in South America, and especially from the river Pinto, in Columbia, were rich in the metal, which was called platina del Pinto (silver of Pinto) from which platinum got its name.

Platinum is so stable and resistant to corrosion that it was chosen for the standard kilogram, which is housed at the International Bureau of Weights and Measures, Paris, France. A replica kilogram weight is kept in Russia, which was originally standardised against the one in Paris. When the replica was checked a century later it was found to have decreased in weight by 17 mg (0.0017 per cent). This was probably caused by the loss of traces of osmium in the metal, which had been oxidised to volatile osmium tetroxide.

When platinum deposits were found in the Urals in 1822 it looked as though the metal might be as abundant as silver. The Russian Government even minted 1.5 million rouble coins before the project was abandoned as the price of the metal rose and exceeded the value of the coins. Today more than 70 per cent of the world's platinum comes from South Africa, where it occurs as cooperite (platinum sulfide, PtS). World production of the metal is around 185 tonnes per year. 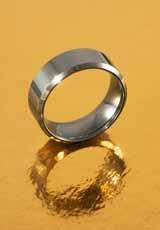 Platinum has a variety of different uses. Most of the metal ends up in catalytic convertors for car exhausts, each of which contains less than 2 g but this provides a Pt surface area inside the convertor that is greater than the area of a football pitch. The metal catalyses the complete combustion of unburned hydrocarbons in exhaust fumes into CO2 and water. Platinum's other uses are as cancer medicines, industrial catalysts and in jewellery.

In 1962, the US chemist Barnett Rosenberg was investigating the effects of electromagnetic fields on cell division using platinum electrodes. He found cells were not dividing normally and he traced this to cis-dichlorodiamminoplatinum(II), PtCl2(NH3)2, cisplatin, which had formed as a result of the chloride and ammonium ions reacting with the electrodes.

Cisplatin was approved as a cancer treatment in 1978 and has been used to treat thousands of patients with testicular, breast, head, and neck cancers, with a cure rate of over 90 per cent. Cisplatin, and similar platinum anticancer drugs, work by bonding strongly to DNA at any point where there are two guanine bases next to each other. The bound complex distorts the DNA, making replication impossible, and the platinum cannot be dislodged by DNA repair enzymes.

Platinum acts as an efficient catalyst. For example, if platinum wire is held in methanol vapour it soon glows red hot as it catalyses the oxidation of methanol to methanal. Platinum can also cause mixtures of oxygen and hydrogen to explode, as if they had been sparked. In the chemical industry fine platinum gauze catalysts are used in the manufacture of nitric acid from ammonia. The production of silicones, benzene and xylenes also use platinum catalysts.

Platinum's success as a catalyst is not its only industrial application. Proton exchange membrane (PEM) fuel cells rely on platinum-coated carbon electrodes. Being a strong metal which resists corrosion, platinum is also used to coat turbine blades in jet engines, in balloon catheters, and pacemakers - where a 90/10 platinum/osmium alloy is used - and in some dental alloys. Like gold, platinum can be hammered into sheets of less than a micron thick and these have been used to coat the cones of space vehicles to protect against intense electromagnetic radiation.

With a growing emphasis on recycling and conserving dwindling natural resources it is important to recover as much platinum as possible to re-use. For example, of the platinum that goes into catalytic convertors, around a quarter is recovered, with the US leading the way in this form of recycling. 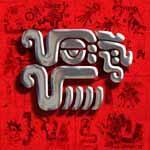 Atomic number 78; atomic weight 195.078; melting point 1772°C; boiling point ca 3800°C. Platinum is a lustrous, silvery-white, malleable, ductile metal in Group 10 of the Periodic Table. Platinum is unaffected by air and water, but it dissolves in hot concentrated acids such as phosphoric and sulfuric acids, and in molten alkali.