John Emsley, University of Cambridge, takes you on a tour of the Periodic Table: In this Issue: Thorium - The nuclear fuel that could last 10,000 years

Thorium is abundant in the crust of this planet, almost as abundant as lead. The element occurs as thorite, ThSiO4 and thorianite, ThO2, as well as comprising around six per cent of the lanthanide ore monazite, which is currently the source of the world's supply of thorium. World production of thorium is about 5000 tonnes per year, and known reserves exceed three million tonnes. Countries with large deposits of thorium include Brazil, India, Norway, Turkey, and the US.

In 1815, Jöns Jakob Berzelius thought he had extracted a new element from a recently discovered mineral and he named this 'element' thorium. His discovery later turned out to be yttrium phosphate, but he so liked the name that he used it again in 1829 when he did discover a new element from a rock specimen sent to him by Hans Esmark, a Norwegian mineralogist. 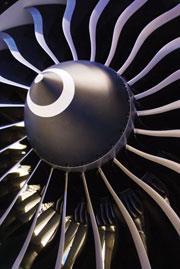 Thorium metal can be extracted by heating thorium oxide with calcium, or reacting thorium tetrafluoride with magnesium. The silvery-white metal reacts rapidly with the oxygen of the air and becomes coated with a protective layer of thermally stable thorium oxide. Thorium oxide has the highest melting point of all the oxides known - 3000°C - which is why thorium crucibles are used in high temperature research. As a metal thorium is soft and ductile, but its alloys can be strong and can withstand high temperatures. A magnesium-thorium alloy is used in aircraft engines, for example, because of these properties.

Neither thorium metal nor its compounds were much used until 1885 when the gas mantle was invented. Made of thorium oxide (plus one per cent cerium oxide) and produced in their hundreds of millions they emitted bright white light when heated. Toothpaste also comprised thorium compounds in the early 1900s and remained on the market in Germany for many years. During World War II the allies discovered that a military contractor in Germany had acquired a large stockpile of thorium which the allies knew could be used for atomic weapons - it turned out the German planned to launch a thorium-based toothpaste after the war. Today thorium oxide is used in the manufacture of refractory materials for the metallurgical industries and as a catalyst to convert syngas (carbon monoxide and hydrogen) into hydrocarbons. Thorium's future, however, might be as a nuclear fuel.

The radioactivity of thorium was first demonstrated by Gerhard Schmidt in 1898. Thorium has only one naturally occurring isotope, thorium-232, which has a half-life of 14 billion years. This means that the amount on Earth is still about 85 per cent of that which was present when the planet formed. Thorium is a weak a -emitter, and decays to lead-208. Thorium and its decay product can be used to date fossils.

There is probably more energy locked up in the world's thorium than in all known fossil fuel reserves. When thorium-232 is bombarded with neutrons it transforms first to thorium-233, which has a half-life of only 22 minutes, before decaying to uranium-233. This then undergoes fission in the same way as uranium-235, liberating energy plus enough neutrons to keep the process going.

Thorium-based nuclear energy research in India and Russia could offer a cleaner form of atomic power because thorium fission produces fewer unwanted byproducts. And, unlike uranium, thorium does not require isotope enrichment. In the 1960s the US built an experimental thorium-fuelled reactor at the Oak Ridge National Laboratory. The Molten Salt Reactor Experiment used thorium present as liquid thorium fluoride. The reactor operated for five years, but was discontinued owing to lack of funding. India's thorium-fuelled reactor should come on stream in 2011 and plans are to have 30 per cent of that country's electricity generated by such reactors by 2030. 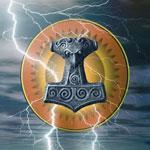