Forget iron and aluminium, titanium is the metal of the future 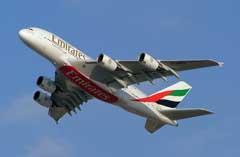 The use of titanium has taken-off in the aerospace industry

If we are ever to use the motion of the seas as a source of sustainable energy then titanium will make it possible. The thin oxide layer on the surface of this metal resists the corroding action of sea water which is why it is used in off-shore rigs, submarines, ships' propellers, and desalination plants. Nor does the human body attack or reject the metal, so titanium is used for pinning together broken bones, for hip and knee replacements, pacemakers, and cranial plates for skull fractures.

In 1791, British clergyman and amateur mineralogist William Gregor (1761-1817) discovered the first titanium ore when he came across some black sand at the side of a stream near Manaccan in Cornwall. The sand was attracted to a magnet. When he analysed the sand he found it consisted of iron oxide plus another oxide he could not identify and he reported his finding to the Royal Geological Society of Cornwall. Four years later, in 1795, chemist Martin Heinrich Klaproth of Berlin re-discovered the other oxide and gave it the name titanium [oxide], derived from the Titans of Greek mythology.

Neither Gregor nor Klaproth lived to see the metal itself. Indeed, titanium is impossible to extract from its oxide - heating with carbon removes the oxygen, but the metal reacts further to produce only titanium carbide. It was not until 1910 that M. A. Hunter, working for General Electric in the US, made pure titanium (99.8 per cent) by heating titanium tetrachloride and sodium metal under high pressure in a sealed vessel.

The mined ores of titanium are ilmenite (FeTiO3), which occurs as vast deposits of sand in Western Australia, and rutile (TiO2) found in North America and South Africa. World production of the metal is ca 100,000 tonnes per year, and while this is difficult to produce it justifies the cost of production.

Today the metal is refined by heating TiCl4 (a liquid which boils at 136°C and is easy to purify) and magnesium metal at 1300°C. The chemical reaction between them generates enough heat to keep the process going and the slag of molten magnesium chloride is tapped from the bottom of the reactor and is recycled electrolytically to magnesium metal and chlorine gas, the latter going to make more TiCl4.

Titanium is used either as the metal or as its oxide. Titanium metal is light and strong and used in sporting goods like golf clubs and tennis rackets - and is the preferred metal for horseshoes. A major use is for spacecraft and aircraft. The Airbus A380 contains more than 70 tonnes of titanium, mainly in its engines, because titanium has the highest strength-to-weight ratio of any metal; titanium is as strong as steel but 45 per cent lighter.

Architects are beginning to use titanium cladding for buildings. For example, the Guggenheim Museum in Bilbao, Spain is sheathed in 33,000 square metres of pure titanium sheet and guaranteed to resist corrosion for more than 100 years.

Around five million tonnes of TiO2 are produced per year and it is made either by a wet process, precipitating it from a solution and then heating it to 1000°C, or by oxidising TiCl4 in a plasma arc at 2000°C.

Titanium dioxide is a brilliant white pigment which is not poisonous and this is why it has replaced white lead in paint. It is even used in the icing of wedding cakes!

Self-cleaning glass windows are coated with a transparent layer of TiO2 which is deposited on the glass using chemical vapour deposition. The glass is exposed to a mixture of TiCl4 and a source of oxygen, such as methanol, and heated to around 600°C whereupon they react to form TiO2 which bonds firmly to the surface of the glass. It is this layer which acts to remove sticky organic dirt by catalysing its oxidation to CO2 using the uv rays of sunlight. (Inorganic dirt is washed off by rainwater.) 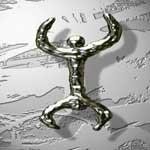