Don’t teach your students the elements by rote; they won’t learn anything useful

The periodic table is the chemist’s alphabet, and we need to be very familiar with it. By putting the elements together in various combinations, as we do when we spell words, we can build our dictionary, containing all the substances in the universe. 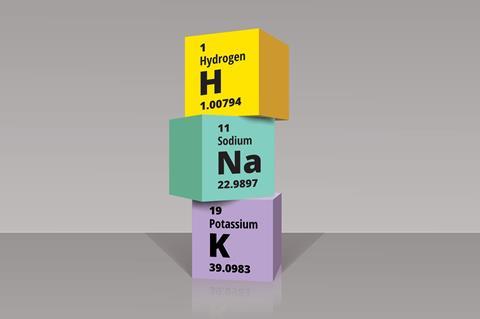 But just as you don’t learn the dictionary from cover to cover, students don’t need to memorise the order of the periodic table from left to right to use it effectively. My early-years daughter can ‘sing her ABC’, but this alone doesn’t make her a fluent reader, just as knowing the order of the elements by rote won’t help you to understand observations and make predictions. For that, you also need to understand why the elements are in that order. So I would argue that time in school, at least initially, should be focused on learning how and why the periodic table is put together as it is, rather than simply learning the elements’ order off by heart.

That said, anyone who has ever watched a class of students search the periodic table blindly for even the most common elements would probably agree that a good familiarity with it is important. Chemists need to know the symbols of common elements and have a feel for where they are located. But more importantly, they need to know what an element’s location tells them about its properties. Simply memorising their order off by heart won’t, in isolation, help with this.

It’s important students memorise the order of elements in specific groups. For example, they’ll learn that sodium is a reactive alkali metal, with one electron in its outer shell, but potassium is an even more reactive group one metal. And they’ll find out that calcium behaves slightly differently, despite also being a reactive metal, partly because it’s in group two. They’ll also become increasingly familiar with the halogens, and begin to remember where common elements like nitrogen, oxygen and carbon are located. But this is all learned in context. It would be of limited use if they didn’t understand why they’re found there. Remembering which elements are found within the same period is also useful, as is learning which elements are found within specific blocks. But I’d still argue that spending time reciting elements in order of increasing atomic number, with little knowledge of what this means, could be better spent.

The analogy I use is speaking foreign languages. When I learned German at school, I was told to just learn the different forms of ‘der’ by rote: der, die, das, den, die, das … My dad (who taught German) was horrified, and said there was no point learning definite articles in isolation. He taught me instead to learn them in context: Der Mann, das Kind, mit dem Bus ... After all, it would be rather awkward to stop a conversation mid-sentence to work out which form of ‘der’ to use. I know that I ‘wohne in der Stadt’, but I ‘gehe in die Stadt’, because I’ve heard and used these in context. I also know where magnesium is located in the periodic table because I’ve used it many times before, but I don’t recite the elements in my head from hydrogen through to sodium, until I reach it.

Having said all that, I do feel a little envious of my husband who knows the order of the periodic table by heart. I can see this heightened familiarity really helps him sometimes. But his knowledge of the elements’ order comes from frequent use over the years, so it gives him an additional degree of fluency in something he already uses a lot. Also, he still regularly refers to the periodic table, because it’s such a rich source of information. After all, even if you’d memorised all the elements’ atomic numbers, would you also memorise their mass numbers? To how many decimal places?

So I have nothing against memorising the periodic table per se. It’s important to increase your familiarity and confidence as a chemist. But learning elements by rote is not an end in itself, and has limited utility in isolation. Until they really understand how to use it, students’ precious time could be better spent elsewhere.