Bombykol, the pheromone used by the female silkworm moth Bombyx mori to attract a mate, was first identified and synthesised 50 years ago by Adolf Butenandt after nearly 20 years of determined work. This pioneering study fired research into chemical communications and subsequent investigations have shed more light on how this molecule delivers its message. 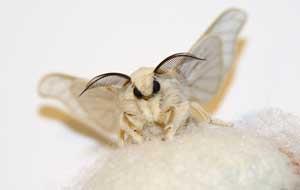 Pheromones are volatile chemical messenger molecules which organisms emit to communicate with other organisms, usually of the same species. The systematic study of chemical communications began in the 1870s when French entomologist Jean Henri Fabre (1823–1915) showed for the first time that smell, not sight or sound, was the sense which guided male moths in their search of the female.1

In a series of experiments at his home at Sérignan in southern France, Fabre removed the antennae of male giant emperor moths and found that without these the males could not find the female. Putting the female in a closed box had a similar effect. However, he also noticed that surrounding the female with saucers of smelly substances such as naphthalene or sodium sulfide did not affect the male moth's ability to locate his mate. Fabre went on to show that the male was attracted to an empty cage occupied by the female the previous night, as if she had left a love bait for him. However, it would take another 80 years for the first pheromone – bombykol (E-10-Z-12-hexadecadien-1-ol, 1) – to be isolated from the female silkworm moth Bombyx mori and synthesised.

Adolph Butenandt (1903-95) was one of the greatest German organic chemists. Born in Lehe, near Bremerhaven, he studied chemistry and biology at the Universities of Marburg and Gottingen where he started work on sex hormones. In 1933 he moved to the Danzig Institute of Technology to become professor of chemistry and in 1936 moved again to Berlin-Dahlem to head the Kaiser Wilhlem Institute of Technology. By this time Butenandt had identified sex hormones oestrone (1929), androsterone (1931) and progesterone (1934) and for this work he shared the 1939 Nobel prize in chemistry with Leopold Ruzicka.

In the early 1940s Butenandt started a project to identify and synthesise the biologically active molecule for mediating sex attraction between female and male silkworm moths. He carefully selected the B. mori species for the study because at the time the silkworms were used as the source of silk for the large European silk industry, which provided Butenandt with a ready source of thousands of silkworms for the initial investigation.

Despite this ready supply of raw material, obtaining a pure sample of the pheromone would be a massive undertaking because the attractant molecule is produced in tiny amounts from glands in the end of the abdomen of the female moth. Butenandt and his team extracted organic material from thousands of female moths using different solvents. They then had to identify and separate the bombykol from other organic materials, working with very small quantities (micrograms per millilitre) and with none of the sophisticated techniques available to the modern chemist, such as spectroscopy. 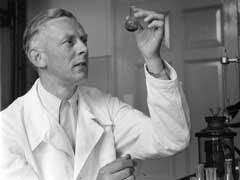 To locate the attractant molecules the team developed bioassays. Butenandt had observed that when the male moth is in the presence of the pheromone, it beats its wings rapidly in what is known as a 'flutter dance'. He exploited this behaviour in the bioassay design which exposed male moths to extract solutions of differing concentrations to find out the least concentrated solution required to produced the response. As the team purified the solutions by fractionations that concentrated the attractant so the mass of material needed to make the male 'flutter' decreased. Eventually Butenandt and his colleagues found that a concentration of 10-12 micrograms of bombykol per millilitre of solvent would produce a flutter dance in 50 per cent of a sample of male moths.

By 1956 the project was in its final phase as the team set to identifying the pheromone molecule. However, Butenandt faced a setback. Following the success of synthetic fibres developed during World War II the European silk industry had collapsed and Butenandt's supply of starting material had dried up. So the team had to order half a million female moths from Japan, which after two years of painstaking extractions and separations yielded 6.4mg of pure bombykol.2,3

The successful purification of the pheromone had taken Butenandt and his coworkers nearly 20 years but identifying its structure would take the team just one year. Butenandt determined the molecular formula of bombykol as C16H30O by chemical analysis. Using the relatively new technique of infrared spectroscopy, the team established the presence of an alcohol group, while other infrared absorptions indicated the presence of conjugated double bonds (as did the uv spectrum). Catalytic hydrogenation of bombykol resulted in the formation of cetyl alcohol, CH3(CH2)15OH, the identity of which Butenandt confirmed by mixing with an authentic sample, and showing that the melting point was unaffected. He then esterified bombykol using 4'-nitroazobenzene-4-carboxylic acid and determined the position of the double bonds in the ester by oxidative degradation using KMnO4 (Scheme 1), which resulted in the formation of ethane-1,2-dioic acid (oxalic acid), butanoic acid, and the 4'-nitroazobenzene-4-carboxylic acid ester of ω-hydroxydecanoic acid (identified as its methyl ester).

Finally, in 1959 the Germans confirmed the identity of the molecule by synthesising it themselves. Since the molecule contains two double bonds, each capable of adopting the E- or Z- configuration, there are four possible isomers. Butenandt's team prepared all four, and showed that one isomer was at least a thousand million times more biologically active than the other three.

Over the past 50 years since Butenandt's identification of bombykol, chemists have revealed the mechanism for its biosynthesis and how the chemical message is transmitted. Scheme 2 shows that the biosynthesis of bombykol starts with the 16-carbon molecule hexadecanoic acid (palmitic acid), which is obtained by synthesis of fatty acids using acetyl coenzyme A (2).4 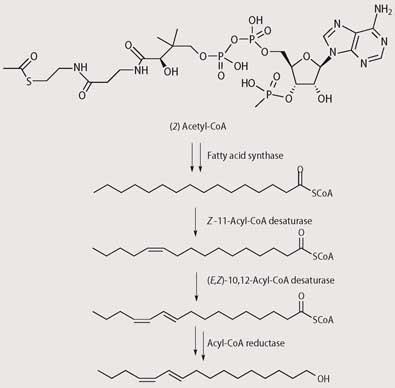 As female moths flutter their wings, pheromone molecules are spread out on air currents. At the time of Butenandt's work, scientists already knew that a male moth (of whatever species) uses its large antennae to sense the pheromone as it crosses downwind of the female. Having picked up the scent the male flies towards the female in a zigzag path up the plume of the female's pheromone, flying in the direction of increasing pheromone concentration.

The surface of the antennae of the male moth are covered with 17,000 hairs (sensillae), each of which has 3000 pores. Of these thousands of sensillae around half specialise in detecting bombykol so each moth has over 20 million pores through which bombykol can diffuse. After the bombykol molecule gets through one of these pores, it must pass through a watery solution, called the sensillar lymph, that surrounds the pheromone receptor cells. However, bombykol is hydrophobic because of its long carbon chain so the molecule requires help to reach the receptor site. This comes in the form of a 'pheromone binding protein' (PBP) (Fig 1). The exterior of this protein is covered with lots of charged groups that attract water molecules, making it water soluble. 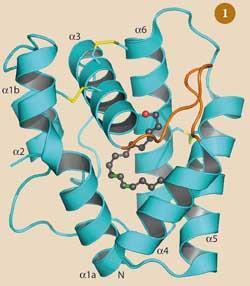 Figure 1 - Structure of B. mori pheromone binding protein (PBP), showing bombykol in the pocket of the protein

Bombykol enters the PBP molecule through a small opening and neatly fits into a pocket. The molecule is held in place by a weak hydrogen bond, formed between the pheromone's hydroxyl group and a side chain of the carrier protein, and other van der Waals forces (Fig 2).5 The pocket in the PBP that binds the bombykol is quite flexible, and will accommodate non-pheromone molecules, such as 1-iodohexadecane (one molecule) or the bell pepper odorant 2-isobutyl-3-methoxy-pyrazine (3) (two molecules), but with much lower affinity.6 Possibly these weakly held molecules would be dropped from the PBP on its journey and 'filtered out'. The PBP binds the aldehyde bombykal with similar affinity to bombykol, which indicates that specificity is achieved by the receptor itself.7 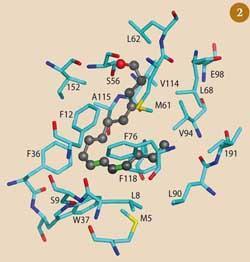 With the bombykol molecule secure, the protein chaperones the chemical signal through the aqueous solution, protecting it from enzymes in the lymph fluid which are designed to break down the pheromone after it has interacted with the receptor. As the bombykol-carrying protein nears the nerve cell membrane containing the receptor, it interacts with charged sites around the receptor, possibly associated with a pH change in the aqueous medium. This causes the carrier protein to change shape, which disrupts the weak forces holding the bombykol molecule in place, and the pheromone is quickly released to bind to the receptor.8 This interaction produces an electrical change in the receptor, leading to a nerve impulse being sent to the brain.

When bombykol has passed on its message to the receptor, its job is done. The molecule is removed quickly from the receptor site and deactivated by the pheromone-degrading enzymes. This allows the receptor to receive and pass on fresh chemical signals, enabling the moth to change course and follow the trail of pheromone molecules.9

Adolf Butenandt's determination of the structure of bombykol and its synthesis represented cutting-edge chemistry in 1959. Fifty years on, the final elucidation of how bombykol's message is transferred and of the working of the receptors is at the new cutting edge of chemical research. 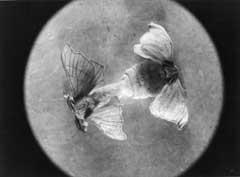 Acknowledgment: I am very grateful to the two referees for questions and for helpful suggestions which have improved the sense of the article and particularly to Professors Jon Clardy and Walter Leal and to Dr Leah Cameron Blasiak for their kind assistance, especially in the provision of Figs 1 and 2.

The Life of the Caterpillar
Online version of J. Henri Fabre's novel