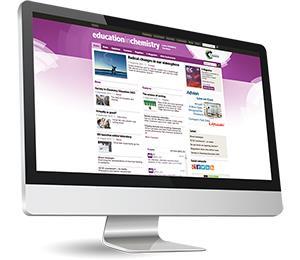 We launched our brand new website in November and we’ve been delighted with the feedback received so far. Please do get in touch to let us know what you think as this will help us with future developments.

Our new site lets you comment directly on articles. Comments were kicked off on The trouble with the Aufbau principle, Eric Scerri’s feature on how generations of teachers are misleading their students by incorrectly teaching the electronic configurations of atoms and ions. Chas McCaw from Winchester College, UK, had this to say:

Thanks for such an interesting article, Eric. It has generated a lot of discussion at Winchester and with colleagues from other schools.

One point raised was about unipositive ions in the first row d block. There is no clear rule about the unipositive ions: indeed half are s1 and half are s0. What makes generalisation difficult is that the 4s and 3d energy levels are very similar. 4s is lower in energy for K and Ca, but since 4s offers little shielding to the 3d orbitals, the filling of the 4s orbital for K and Ca is accompanied by a large drop in energy of the 3d orbitals, so that 3d is lower in energy than 4s when you get to Sc, but only just. 4s and 3d remain very close in energy, with 3d slightly lower than 4s, right across the first row of the d block.

Eric was quick to respond with some useful guidelines for teachers to convey to students. Take a look at his advice.

on the report from Ofsted that science students are leaving school with poor scientific practical skills because of insufficient assessment at GCSE led Charlotte Davies to comment:Our story

This is possibly true, but Asian countries often produce far more scientists with considerably less exposure to practical lessons. In Asia though science teachers tend to be far better qualified.

We are caught in a downward skills shortage spiral. The UK produces too few really good people with top grades at 16 years in maths, science and English (4.6% of the population – compared to about 15% for some Asian countries). Hence, we are short of teachers in these areas and have been for a long time.

Only 16% of UK pupils gained an A or A* in GCSE mathematics, which would seem a key indicator of students’ ability to progress on to a higher level in any science based career in any meaningful sense. A grade C is certainly not good enough to progress confidently. So are poor maths skills also a barrier to progression in science?

Find out what Ofsted had to say.

One of the most discussed articles in our LinkedIn group has been the research on differing representations of chemical bonding in textbooks, which leads to mixed messages and confused students. Sudha Yadava from DDU Gorakhpur University, India, commented:

John Oversby from the University of Reading, UK, responded:

Representations usually arise through use, promoted by a leader, whose articles may include use of these representations. Bonding is an area where there is as yet no undisputed leader, so there are a number of representations. Some representations, such as chemical symbols for elements, atoms and moles, are adopted by IUPAC, sometimes after many years of multiple and varied versions. The process is usually one of evolution, where those using the representations have to get used to different versions, before, in most cases, one style comes to dominate. It is usually at this stage that IUPAC formalises this system, with its rules, as the official one. In the meantime, we have to contend with different forms. That is the way that disciplines, where humans operate, work, muddily and with a variety of opinions as to what is best.

Many teachers from across the world contributed to the debate, but here’s a final word from Eugenije Jelacic Janezic at the International School of Verona, Italy:

There are really quite a few different ways to represent bonding. The complexity of representation depends often on the degree of detail that one wants to achieve in representing a molecule: from simple Lewis structures to 3D representations of bonds and electron clouds of molecular orbitals. It would be nice to have a software application that would take into account shape determining factors such as difference in electronegativity, lone pairs of electrons, size of atoms, steric hindrance, electrostatic forces and others to generate shapes of molecules. Does anyone know of such software? Such a tool would be of great help for students in their understanding the complexity of factors in bonding, molecular shapes as well as all the consequences of shape for the behaviour and reactivity of molecules such as proteins for example.

Join in the discussion.

Students studying courses in physical chemistry need to be able to rearrange (or transpose for the older generation!) and solve both linear and non-linear equations. They do generally have problems in converting between exponential and logarithmic functions.

Great. Now we just need to convince chemists that putting an x-axis on an energy profile is mathematical nonsense. What possible variable do we have in mind? It most certainly isn’t ‘time’ (an energy profile is not describing reaction rate). ‘Progress of reaction’ and ‘reaction coordinate’ aren’t variables.

Take a look at what others had to say.