The trouble with the aufbau principle

Generations of teachers are misleading their charges by teaching a sloppy version of the aufbau principle, claims Eric Scerri

The use of the aufbau principle to predict electronic configurations of atoms, and therefore explain the layout of the periodic table, is a key point when teaching chemistry. However, the version of this method that has been taught to generations of students is actually deeply flawed. The error is rather subtle and may well have arisen from an attempt to simplify matters. 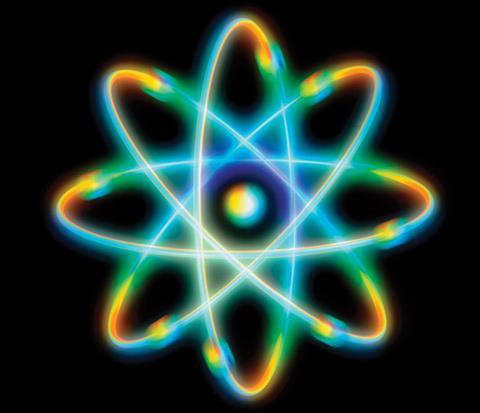 Starting at the beginning

The aufbau method was initially proposed by the Danish physicist Niels Bohr, who was the first person to use quantum mechanics to study atomic structure. He was also one of the first to fundamentally explain the periodic table in terms of arrangements of electrons (electronic configurations). Bohr proposed that the atoms of the periodic table can be thought of as being progressively built up one electron at a time: starting from the simplest atom of all, hydrogen with just one electron, moving onto helium with two electrons, lithium with three, all the way to uranium – which at that time (1913) was the heaviest known atom – with 92 electrons.

The next ingredient is a knowledge of the atomic orbitals into which the electrons are progressively placed. These orbitals, at least in their simplest form, nowadays come from solving the Schrödinger equation for the hydrogen atom.

The different atomic orbitals come in various kinds that are distinguished by labels such as s, p, d and f. Each shell of electrons can be broken down into various orbitals and as we move away from the nucleus each shell contains a progressively larger number of types of orbital: the first shell only contains a 1s orbital, the second shell 2s and 2p orbitals, the third shell 3s, 3p and 3d orbitals, the fourth shell 4s, 4p, 4d and 4f orbitals and so on. 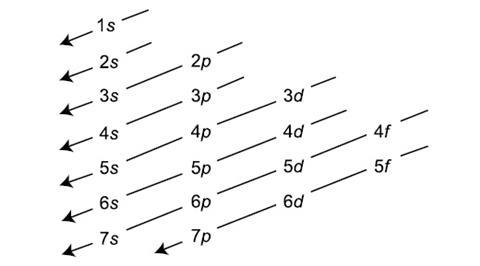 The aufbau diagram lies at the heart of the trouble

So far, so good. Now comes the magic ingredient in the sloppy version of this principle that claims to predict the order in which these orbitals fill (and here is where the fallacy lurks): rather than filling the shells around the nucleus in a simple sequence, where each shell must fill completely before moving onto the next shell, we are told that the correct procedure is more complicated. But we are also reassured that there is a nice simple pattern that governs the order of shell and consequently of orbital filling. This is demonstrated using the aufbau diagram, which lies at the heart of the trouble.

This diagram, when combined with a knowledge of how many electrons can be accommodated in each kind of orbital and the number of such available orbitals in each shell, is now supposed to give us a prediction of the complete electronic configuration of all but about 20 atoms in which further irregularities occur, such as the cases of chromium and copper. But let’s not get sidetracked by these anomalies and instead concentrate on a far deeper problem with this approach.

Let’s consider a few examples. The atom of magnesium has a total of 12 electrons. Using the aufbau diagram we obtain an electronic configuration of 1s2, 2s2, 2p6, 3s2 in beautiful agreement with experiments that can examine the configuration directly by looking at the spectra of atoms. Another example is calcium, which has 20 electrons. This method gives a configuration of 1s2, 2s2, 2p6, 3s2, 3p6, 4s2 and once again there is perfect agreement with experiments on the spectrum of calcium atoms.

But now let’s see what happens for the next atom, scandium, with its 21 electrons. According to the aufbau diagram the configuration should be 1s2, 2s2, 2p6, 3s2, 3p6, 4s2, 3d1 and indeed it is. But conventional wisdom claims that the final electron to enter the atom of scandium is a 3d electron, when experiments indicate that the 3d orbital is filled before the 4s orbital.

Why the mistake occurs

But how can this apparently blatant mistake have occurred and taken root in chemical education circles? The answer lies with the fact that the aufbau diagram gives the overall configuration correctly in all but about 20 cases (see Anomalous electronic configurations). It is only when one questions the order of filling that this approach gives the wrong answer.

Unfortunately, sticking to this way of teaching electronic configurations has led many teachers and textbooks to invent all kinds of contorted schemes to explain why even though the 4s orbital fills preferentially (as it does if you follow the aufbau diagram) it is also the 4s electron that is preferentially ionised to form an ion of Sc+. These explanations are all incorrect, since the 4s orbital actually fills last and consequently it is perfectly natural that it should be the first orbital to lose an electron on forming a positive ion.

Grouped by periods and shown in correct order of orbital filling 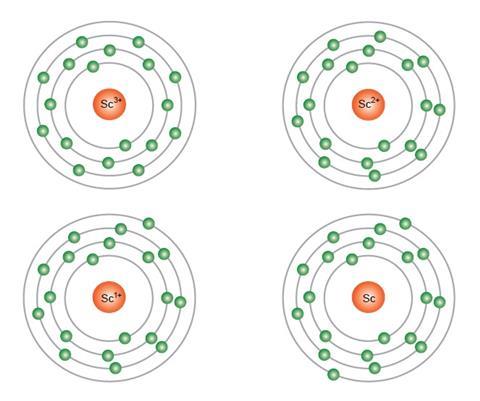 One source of proof that the sloppy version of the aufbau principle is wrong comes from examining the experimental spectral evidence from the ions of transition metal atoms.2 Using scandium as an example:

On moving from the Sc3+ ion to that of Sc2+ it is clear that the additional electron enters a 3d orbital and not a 4s orbital as the aufbau diagram dictates. Similarly on moving from this ion to the Sc1+ ion the additional electron enters a 4s orbital as it does in finally arriving at neutral scandium atom or Sc. Similar patterns and sequences are observed for the subsequent atoms in the periodic table including titanium, vanadium, chromium (with further complications as mentioned before), manganese and so on. Not only is it not possible to predict the configuration in any of the transition metals, but the aufbau diagram also falls down for the lanthanides, and even the p-block elements. 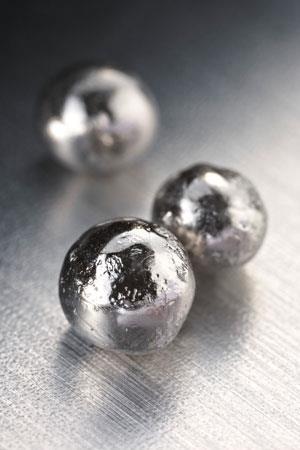 It is natural to question why one or two electrons are usually pushed into a higher energy orbital. The answer is because 3d orbitals are more compact than 4s, and as a result any electrons entering 3d orbitals will experience greater mutual repulsion. The slightly unsettling feature is that although the relevant s orbital can relieve such additional electron-electron repulsion, different atoms do not always make full use of this form of sheltering because the situation is more complicated than just described. One thing to consider is that nuclear charge increases as we move through the atoms, and there is a complicated set of interactions between the electrons and the nucleus as well as between the electrons themselves. This is what ultimately produces an electronic configuration and, contrary to what some educators may wish for, there is no simple qualitative rule of thumb that can cope with this complicated situation.

For example, it appears that the most stable configuration for atoms of chromium, copper, niobium, molybdenum, ruthenium, rhodium, silver, platinum and gold involves only moving one electron into an s orbital. The case of palladium is even more unexpected because it is the one instance where no electrons are promoted up to the less stable s orbital. Palladium can be said to be doubly anomalous.

It is high time that the teaching of aufbau and electronic configurations were carried out properly in order to reflect the truth of the matter rather than taking a shortcut and compounding it with a further imaginary story. At present very few books and sources give a correct account.3

The simple fact is that the 4s orbital fills last and so quite reasonably also ionises first. Interestingly the truth turns out to be simpler than the textbook fiction and the use of the sloppy version of the aufbau.

Eric Scerri is a lecturer and author in the department of chemistry and biochemistry at the University of California, Los Angeles, US