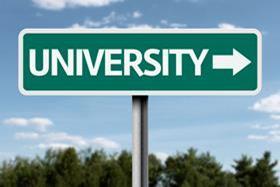 GlaxoSmithKline (GSK) has outlined new plans to encourage talented students graduating from UK universities to consider pursuing a career with the company. Each year GSK recruits between 50-100 undergraduate students from various academic disciplines into its UK graduate training programmes or other roles within the company.

It is anticipated that forthcoming changes to tuition fees will result in students incurring uncapped fees of up to £27,000 for a three-year undergraduate degree course (£9000 per year).

As a result, GSK has taken the decision to reimburse 100 per cent of uncapped tuition fees for all undergraduates recruited in the UK. These payments will be made upon the commencement of full employment and will be conditional on the employee remaining with GSK for a minimum of two years.

These changes are being introduced as part of the company's ongoing efforts to attract, recruit and retain the best talent and reflect the changing environment in the UK for students.  The company believes these measures will help ensure that GSK remains a highly desirable place for graduates to consider working on leaving university.

GSK chief executive Andrew Witty said 'This is a great way for us to try and ensure that we get the next brilliant scientist.' He added that the support budget of £3 million a year was a 'relatively small amount' compared to the company's £4 billion research and development costs.

As we go to press, more universities have announced that they are prepared to charge students the full £9000 tuition fee from 2012. The University of Nottingham, a Russell Group university, has joined the University of Central Lancashire, a former polytechnic, in declaring that it intends to charge the full fee. In a recent speech at the HEFCE annual conference at Aston University, Vince Cable expressed concern about the number of universities planning to charge the full fee.

All fees are subject to approval by the Office for Fair Access (OFFA) which has published guidelines showing how much universities should spend on fee subsidies and outreach projects with schools. Universities charging the full £9000 fee could have to spend £900 of this to help provide access for poorer students. Universities failing to meet these guidelines could be prevented from charging more than £6000 per year. David Willetts, the universities minister said, 'The government has made it clear that universities charging more than £6000 who are not meeting their access benchmarks should redouble their efforts to widen participation.'

Universities are caught in a dilemma, many claiming that if they do not charge the full £9000 fee it could be perceived by potential students that they will receive a sub-standard or cut-price education.

With many more universities expected to charge the full £9000 allowed, there will be new concerns for the government as funding for financial support for students is based on average tuition fees of £7500 a year.