Grammar schools: what the evidence says

Lee Elliot Major of the Sutton Trust discusses the impact of selective education. 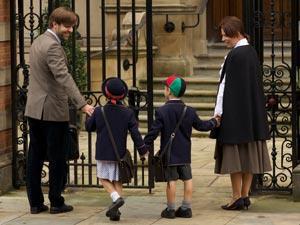 Few topics in education can light the litmus paper in quite the same way as grammar schools. And so it has proved with the explosion of debate that has followed from the prime minister’s recent announcement that the government would like to see new selective state schools established for the first time in a generation.

Emotion rather than evidence has fuelled the discussion. There has been a lot of heat, but very little light.

So what does the evidence actually tell us? As ever in school policy debates, there is much less research than we would like. There are a few reports with nuanced and partial conclusions, open to very different interpretations. But the Sutton Trust and others have produced findings that are important to know in this highly charged debate.

Theresa May’s main argument is that a new cadre of modern day grammar schools would act as the engines of social mobility for high academic achievers from poorer backgrounds as they once did for past generations. For those who passed their 11 plus test, grammars acted as a launch-pad for many young people in the post war years before the famous 1965 edict from the education secretary Anthony Crosland calling for academic selection to be abolished.

The Sutton Trust has produced a series of surveys documenting the education backgrounds of leading people across a range of professions from medicine to politics, to acting and even Nobel prize winners. They show that the products of selective schools (now in their 50s and 60s) make up around a quarter to a third of the country’s most successful people.

We have also published an analysis by Durham University investigating the GCSE results at the 163 existing grammar schools in England. It found that pupils from poorer backgrounds did marginally better than similar pupils in comprehensives: the difference was equivalent to about one-eighth of a GCSE grade. However, the researchers couldn’t be sure that the poorer pupils in grammars were not slightly different to their counterparts in comprehensives.

And for all these success stories, what of the three quarters of children who failed the 11 plus? Research from Bristol University has found a bigger gap between the wages of the highest and lowest paid people born in areas with a selective education system compared with those from areas of comprehensive schools.

One of the enduring challenges of education policy is that decisions will often create winners but also losers.

The problem for today’s grammars is offering access for children from all backgrounds. In the early 21st century stark attainment gaps between poorer pupils and their more privileged peers are already apparent at age 11. The Trust has documented a booming industry in private tutoring over recent years, with over 4 in 10 young people in London having had some support. It’s middle class children who benefit the most. Introducing selective state schools without some measures to ensure access for all would most likely create exclusive schools for the middle classes – almost certainly lowering social mobility overall.

This challenge is demonstrated by the highly skewed make-up of intakes of today’s existing 163 grammars that make up around 5% of state schools. Research for the Sutton Trust found that less than 3% of entrants to these ‘super-selective’ schools are entitled to free school meals. Yet the average proportion of pupils entitled to free school meals in local communities surrounding the schools is 18%.  At the same time almost 13% of entrants come from outside the state sector, largely believed to be fee-paying preparatory schools.

We have worked with grammar schools to enable them to benefit more children from disadvantaged backgrounds. For this approach to work for any new grammars requires a series of measures: tests to allow children to enter at different ages to avoid the crude cliff edge decisions; grants for poorer pupils to prepare for tests through private tutoring; and almost certainly lowering the academic grades needed for those from less privileged homes.

Even then there is the wider challenge of ensuring that high academic achievers in the majority of non-selective schools are appropriately supported and stretched, as well as creating equally desirable schools for children with other creative and vocational talents. Our research has found that many highly performing comprehensives are just as socially exclusive as grammars.

Meanwhile a report for the Sutton Trust concluded that every year there are significant numbers of pupils in the state sector scoring in the top 10% nationally at the end of primary school, yet who five years later receive a set of GCSE results that place them outside the top 25% of pupils. This highlights a need for a national strategy to support high academic achievers in all schools, selective or not. As the government battles to get its contentious proposals through parliament, these are questions it will need to address.