In this Issue:Standard weight and stinging nettles

The standard kilogram bar,which is an alloy of platinum and iridium, has been held in the vaults of the International Bureau of Weights and Measures in Paris since 1889, but has proved not to be quite so permanent as assumed and has lost 50 micrograms over the years. The alternative standard weight is likely to become the perfect sphere of silicon that has been made entirely of the isotope silicon-28 (which constitutes 92 per cent of this element) and is the work of scientists in Russia, Germany, and Australia. Knowing the exact number of atoms it contains will enable its exact weight to be calculated. 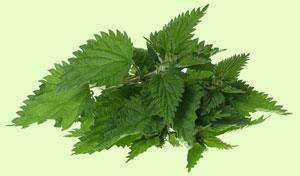 Silica-based needles give nettles their sting

Most silicon in the world is not quite so perfect. The more useful form of this abundant element is silicon dioxide, aka silica, SiO2, which is the sand from which glass and concrete are made. Some of these have seen major changes in the past few years, such as self cleaning glass and insulating concrete. Living organisms like diatoms also build intricate silica structures using orthosilicic acid, Si(OH)4, which is present in sea water. Plants can also use it: nettle stings are minute hypodermics of silica.

Silicon in humans is found mainly in our connective tissue and skin, and cereals are its main source. Yet fine grains of silica and silicates can be dangerous as dust; witness the lung conditions silicosis and asbestosis.

Silicon, as the element itself, is used by the steel, chemical, and electronics industries. It is formed by heating silica and coke (carbon) in an electric furnace with carbon electrodes at 2000oC. Such silicon goes into metal alloys like ferrosilicon, which is used to make dynamo and transformer plates, springs, and machine tools. Adding silicon to aluminium produces alloys for engine blocks and cylinder heads.

The second largest use of silicon is to manufacture SiCl4 and thence to make silicones, more correctly called siloxanes (R2SiO2)n. These consist of chains or rings of alternate silicon and oxygen atoms with every silicon having two organic groups - mostly methyls. Silicones find use as high temperature lubricants, insulating oils, waterproof sealants, rubber hose, plastic components for electrical goods, and medical equipment.

Depending on the lengths of the silicon-oxygen chains, it is possible to have a light mobile fluid with short chains or rings, or viscous oil with long chains. Light silicone oils are added to cosmetics to make the skin feel silky smooth. Cross-linking these chains produces silicone rubber which is known for its water-repellency and resistance to oxidation and chemical attack. Silicone rubber conducts heat rapidly so it is used for finger-touch contact switches.

Silicones are tolerated by the body, because enzymes cannot bind to them and attack them. For this reason they are used for intravenous tubing and are applied to badly burned skin to speed up the body's ability to heal itself.

The imprint of silicone rubber boots are to be found in the dust on the surface of the Moon, left there by the Apollo 11 astronaut Neil Armstrong in 1969. More down to earth in the 60s was Silly Putty which consisted of silicone polymers with boric acid, B(OH)3, incorporated.

The beautiful and hard-wearing flooring of many public buildings consists of artificial stone manufactured by heating together ground-up quartz, which is also silica, and vinyltriethoxysilane, H2 C=CH2Si(OCH2CH3)3. These react chemically to form a strong bond and the resulting solid can be cut and polished like marble, yet is wear and water resistant.

Another key use of silicon is for semiconductors, for which the silicon must be ultrapure and crystalline, and this can be achieved by repeated zone refining in which a layer of molten silicon moves along an ingot of the element with impurities collecting in the molten zone.

The first silicon-based solar cells could only convert 4 per cent of the sun's rays to electricity, whereas today they have conversion efficiencies of about 15 per cent. The silicon for these has also to be pure. Thin film solar cells use amorphous silicon applied to a substrate such as glass or, better still, a flexible material so that the completed panels can be moulded to any surface. Thin film photovoltaics are now rolling off the machines at various factories around the world.

Silicon carbide (SiC), better known as carborundum, is almost as hard a diamond and is used as an abrasive in powders, pastes, and sandpapers. It is produced by heating silicon dioxide and carbon in an electric furnace at 3000oC. Pure silicon carbide is transparent and is used in lasers, X-ray mirrors, and high temperature transistors.