Burning ice in the Arctic

Is methane trapped in ice, deep in the Arctic ocean, a potential clean energy source for the future, or will its release lead to catastrophic climate change? Methane clathrates are being hailed by some scientists as the energy source of the future. But methane is a greenhouse gas and burns to produce carbon dioxide, and contributes to ozone depletion in the stratosphere - thus posing its own environmental problems

Clathrates, from the Latin clathratus, meaning to be encaged, are compounds formed by the inclusion of atoms or molecules of one kind in cavities of the crystal lattice of another. For over 100 years the only mention of clathrates in chemistry undergraduate texts were those of the noble gases, and then only as a laboratory curiosity. Noble gas clathrates comprise individual noble gas atoms trapped within the cavities of the hydrogen-bonded ice structure. The presence of the noble gas atom within each cavity stabilises the ice structure so that the melting point of the clathrate is above 0°C. More recently, there has been mention of carbon dioxide clathrates, which could be formed on the ocean floor if deep-sea disposal of industrial carbon dioxide came about.1 Here, however, we focus on methane clathrates since they are a potential energy source for the future.

Methane clathrates are sometimes referred to as methane hydrates, though we would contend that the term 'hydrate' should only be used for substances such as hydrated ionic salts in which the water molecules are hydrogen-bonded to the ions. A more precise term would be methane clathrate hydrate.

The most common methane clathrate consists of 46 water molecules surrounding two small dodecahedral cavities and six medium tetradecahedral ones. With full occupancy of the cavities by methane molecules, the clathrate would have the formula (CH4)8.(H2 O)46, giving a ratio of 1 CH4:5.75 H2 O. One litre of methane clathrate solid would therefore contain, on average, 168 litres of methane gas at standard temperature and pressure, 0°C and 101kPa. These encapsulated methane molecules stabilise the ice structure to such an extent that under high pressure, it is stable up to 18°C.

Deposits of methane clathrates are now known to be widespread in sediments on the continental shelves. Their current volume is estimated at between 1×1015 m3 and 5×1015 m3, corresponding to 500 and 2500 gigatonnes (109 tonnes) of carbon.2 By comparison, the total carbon in the atmosphere at present is ca 700 gigatonnes.

Nearly all of the methane was formed by anaerobic bacterial reduction of organic materials in the sediments. The bacteria are 'chemoautotrophs' because they rely on chemical energy, not photosynthesis, for their energy. Methane is produced as a 'waste product' in their energy-producing biochemical pathway. Representing the decaying organic matter on which they feed as 'CH2 O,' we can write the two half-reactions:

This gives a net energy-producing reaction of:

The clathrate forms only in a certain temperature and pressure range, ie the Hydrate Stability Zone (HSZ), Fig 1. 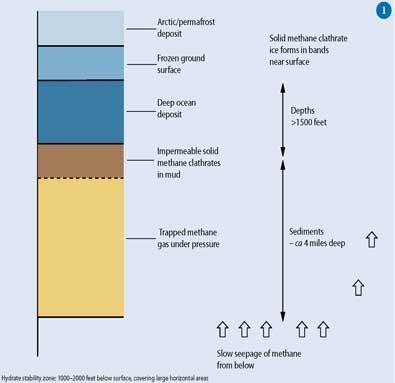 Figure 2 shows a plot of depth against temperature for a typical temperate-waters coastal shelf:

The depth of the clathrate-rich region is therefore defined by the geothermal gradient.

Thus in the Arctic, the deposits are much closer to shore in comparatively shallow waters. In addition, beneath the water-saturated soils of the permafrost regions of the Arctic, there are land deposits of methane clathrates at a depth of about 800m in sandstone and siltstone deposits. 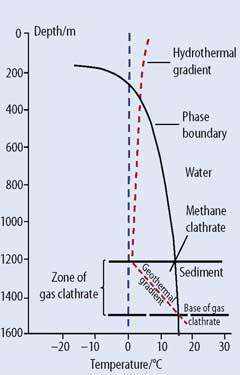 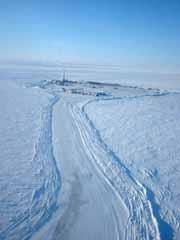 Methane burns cleanly and with high thermal output. Thus many countries are investing in research into the extraction of methane from clathrates. An exploration well drilled on land by Imperial Oil in 1971-72 discovered methane clathrates under the Canadian Arctic permafrost at the edge of the Mackenzie Delta and the Beaufort Sea. This site, the Mallik gas hydrate field, has become a major research centre on methane clathrates involving Canadian, American, Japanese, and Indian research groups under the umbrella organisation, the International Continental Scientific Drilling Program (ICDP).

The consortium has since completed a research well and found at least 10 separate methane clathrate layers between a depth of 890m and 1106m, making the Mallik field one of the most concentrated gas clathrate reservoirs in the world. In 2008, the teams extracted methane gas continuously from the deposit for six days, thus showing that these deposits were feasible as carbon energy resources.

There are three methods available for extracting methane from the clathrate compounds.

All of these methods, however, suffer from the need to input energy (such as converting water to steam for the thermal injection), and the sediments are often fine-grained, low-permeability silts making the rate of diffusion of steam or methanol relatively slow. At Mallik, the team initially used the thermal injection method, followed by drilling and depressurisation.

Although many economists and scientists see methane clathrates as the energy source of the future, there is the downside that for each mole of methane combusted, a mole of the greenhouse gas carbon dioxide is formed. However, there is an even greater concern.

Global warming is already causing the permafrost in the Arctic to melt, which in turn leads to release of methane gas from terrestrial buried methane clathrates. Methane has a global warming potential (GWP) over 20 years of 72, compared to carbon dioxide's value of one. Although methane has a short atmospheric lifetime (the GWP of methane drops to 25 over a 100-year time frame), the potential contribution to global warming and climate change would be considerable. Methane also contributes to ozone depletion in the stratosphere. Thus increased methane emissions are of major environmental concern.

The Arctic Ocean presents a particularly acute problem. The sea ice reflects the Sun's energy back into space, keeping the Arctic region cool. With the ice melting, electromagnetic radiation from the Sun is absorbed into the water, accelerating the warming. Once the surface waters and then the deeper waters warm, the shallow sea floors will no longer be cold enough to stabilise the marine Arctic methane clathrate deposits and the clathrates will decompose, releasing large volumes of methane into the atmosphere.

The possibility of runaway methane production - the Clathrate Gun Hypothesis - has been proposed by geologists to explain past catastrophic events in the Earth's history, particularly the Permian-Triassic extinction event and the Paleocene-Eocene thermal maximum (PETM).4 The PETM occurred 55.8 million years ago when there was global warming of ca 6°C over a very short time-span of 20 000 years. Although there are many other, and more likely, culprits for the Permian-Triassic extinction event, the PETM was quite possibly caused by runaway methane production from melting methane clathrates.

So clathrates, which for at least 100 years were considered a laboratory curiosity, are now seen in a different light. In the short term, some see methane clathrates as crucial to the future of our planet - a clean energy source because it burns completely to carbon dioxide and water. Since it is the most hydrogen-rich hydrocarbon, then per kilojoule of energy released, less carbon dioxide is produced than for any other oil-based fuel.

In the long term, however, rapid melting of Arctic methane clathrate deposits could cause catastrophic climate change, just as they may have done in the geologic past.